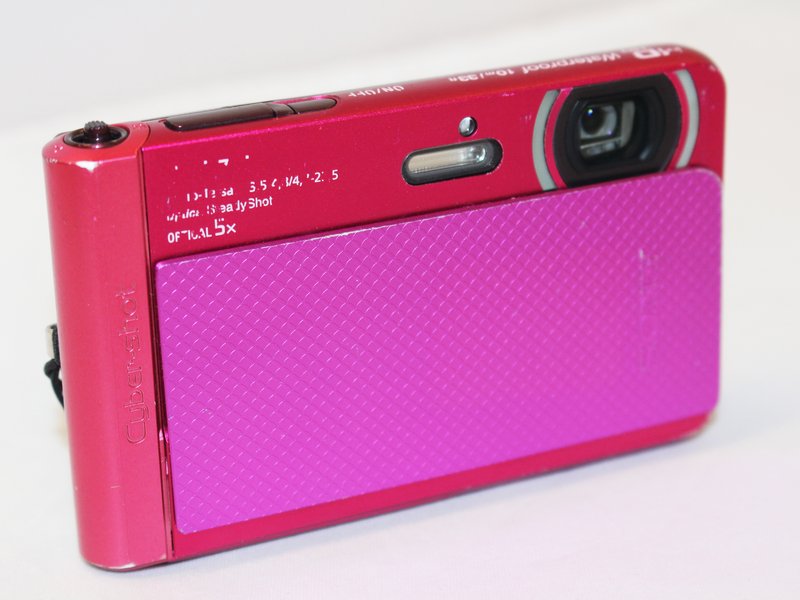 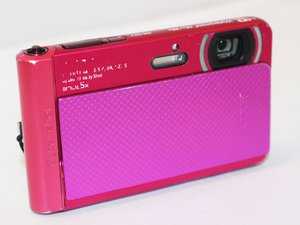 Produced in 2013, the Sony Cyber-Shot DSC-TX30 is a waterproof, shockproof, dustproof and freezeproof digital camera.

If you are having problems with your Sony Cyber-shot DSC-TX30 please refer to our troubleshooting guide.

The Sony Cyber-Shot DSC-TX30 is Sony's follow-up to the TX20. It was produced in 2013 and featured many upgrades to the previous model including a new Auto Mode which automatically adjusts the camera's settings for high-quality photography. It also featured a Beauty Effect mode which allows the user to modify photos with the camera.

The device can be identified by the following text, which is visible on the front of the device, left of the camera lens: Carl Zeiss, Vario-Tessar 3,5-4,8/7-23,5 , OpticalSteadyShot, OPTICAL 5x.

Additionally, the following identifying text can be found on the top of the camera, which provides the model number of the device: Exmor R 18.2 MEGA PIXELS DSC TX-30.

The device comes in several colors, including pink, black, and copper.