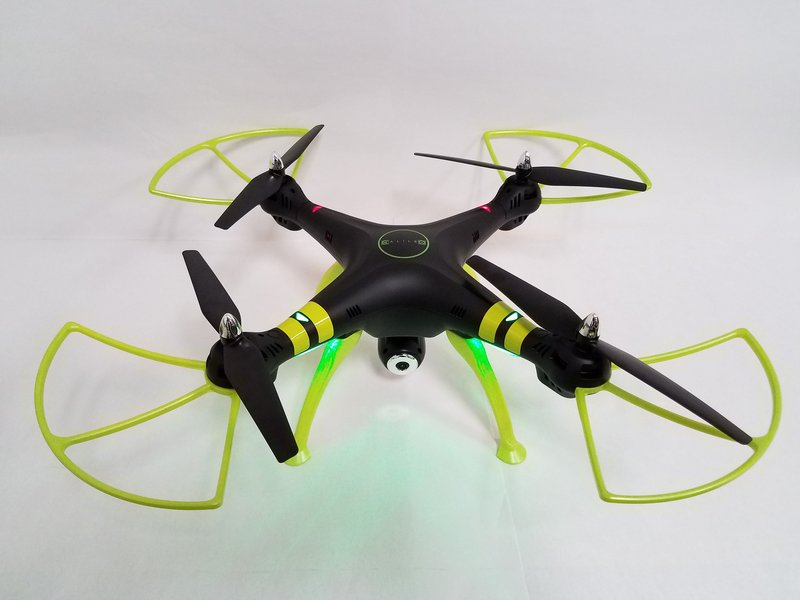 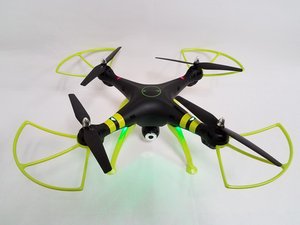 The Protocol Galileo is a beginner-level quad-copter drone released in 2015. It features multi-directional controls and a 640x480 camera with Wi-Fi livestreaming.

To diagnose problems with your drone, check out our Protocol Galileo Troubleshooting page.

The Protocol Galileo 6182-5U, a recolored version of another drone known as the Syma X8C, was released in 2015 and is available from multiple retailers. Identifying features include a black shell with green reflective tape on the front rotor arms as well as a green Galileo logo in the center and a black Wi-Fi camera with a Micro SD slot.