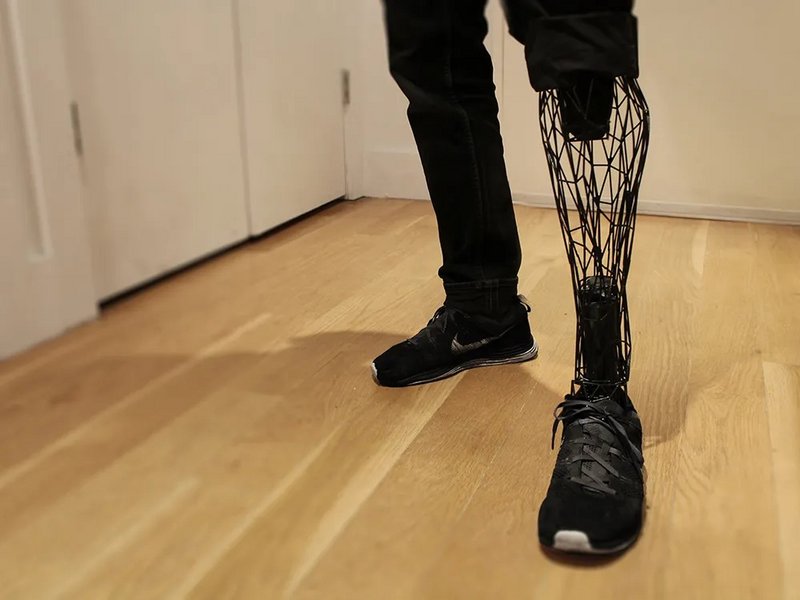 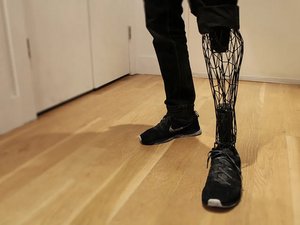 A medical prosthetic, or prosthesis, is an artificial device meant to replace a body part that has been lost and are intended to restore the normal function of the missing body part.

A medical prosthetic, or prosthesis, is an artificial device meant to replace a body part that has been lost and is intended to restore the normal function of the missing body part. Prosthetics can be created by hand, or with Computer Aided Drafting software (CAD) to design and analyze the creation of the prosthetic with computer-generated 2-D and 3-D graphics alongside other optimization and customization tools.

One of the key differences between old prosthetics and new prosthetics is the use of new materials, such as plastics and carbon fiber composites. These new materials make modern prosthetic limbs lighter, stronger, and much more realistic. In addition, new advancements in electronics have made prosthetic limbs easier for their user to control, and made them better at adapting to tasks like gripping or walking.

More recent advancements have even allowed the user to experience touch through the prosthetic by using an electronic skin that is layered over it.

How are Prosthetics made?

While prosthetics are meant to help an amputee to restore the function of a missing limb, each amputee is unique. Because of this, each prosthetic needs to be custom-made to fit a patient. Typically the process for making a prosthetic follows the following steps...

Meet with a Prosthetists

Because the reason for needing a prosthetic can vary from person to person, the prosthetic is tailored to that specific patient. In the same vein that dentures or perception glasses are prescribed, prosthetic limbs are prescribed by a medical doctor. Although this perception is normally given after the doctor meets with an involved physical therapist and a prosthetist.

Under ideal circumstances, this meeting would be done before the amputation occurs and should involve the acting surgeon so that the prosthetist has as much information as possible about the affected limb.

During this meeting, the following questions should be asked in order to understand what the patient's goals are the during recovery process.

Casting of the Stump

This is vital to the creation of the prosthetic, as it is important to the doctors that the prosthetic limb fits the patient as accurately, and as naturally, as possible. This step is normally done several weeks after the amputation, as to ensure that the residual limb is no longer swollen, and the wound is fully healed.

The socket is the part of the prosthetic that allows for the replacement limb to connect to the residual limb. The creation of the socket has the prosthetists heat a large sheet of thermoplastic, which is then placed over the positive mold. This is then placed into a vacuum chamber, which forces the thermoplastic to collapse around the mold and into the exact shape of the positive mold.

Before the final prosthetic can be manufactured, the prosthetists needs to check the fit of the test socket. This fitting takes place between two to six months after the surgery, as this will allow the wound additional time to heal and reduces any residual swelling.

A poorly fit socket can result in the patient experiencing blisters, pain, and sores to the stump so it is important for the patient to share how the initial socket feels.

Once the socket is properly fitted to the patient, the final prosthetic can be manufactured. This is done by attaching aluminum or titanium pylons to the socket and covering them with a foam cover and die-casting the metal.

Additional adjustments may need to be made to accommodate the growth and activity level of the patient, so it is important for the patient to make regular appointments with their prosthetists.