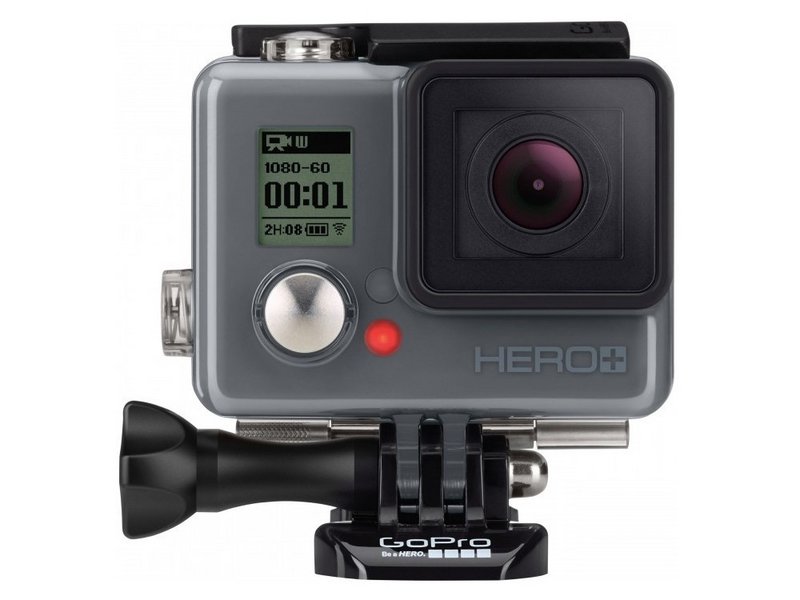 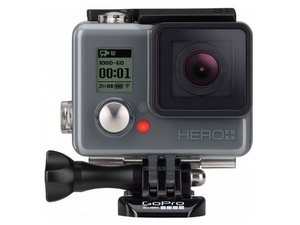 Released in 2015, the all-in-one camera featuring WiFi, Bluetooth, and waterproof capabilities. This camera lacks the touch screen display of the Hero+ LCD.

The camera features a 1080p 60 fps/720p 60 fps video resolution and 8-megapixel 5 fps burst photo resolution. The HERO+ model includes built-in Wi-Fi and Bluetooth capabilities. It is waterproof in up to 40 meters (131 feet) of water. Users can employ the camera in various modes, including Superview, Auto Low Light, QuikCapture, and Timelapse mode, which automatically captures photos at user-set time intervals between 0.5 and 60 seconds. The HERO+ model is slightly heavier than the HERO+ LCD model, even though it does not include a touchscreen display and retained the same housing as the HERO+ LCD model. The device includes a HiLight Tagging and built-in video editing function that lets the user put labels on the main points while shooting videos, making it easier to quickly find important footage later.

The GoPro HERO+ includes the name “HERO+” printed in capital letters in the lower right-hand corner of the camera’s front face. The device includes a waterproof plastic housing that can be removed for cleaning.