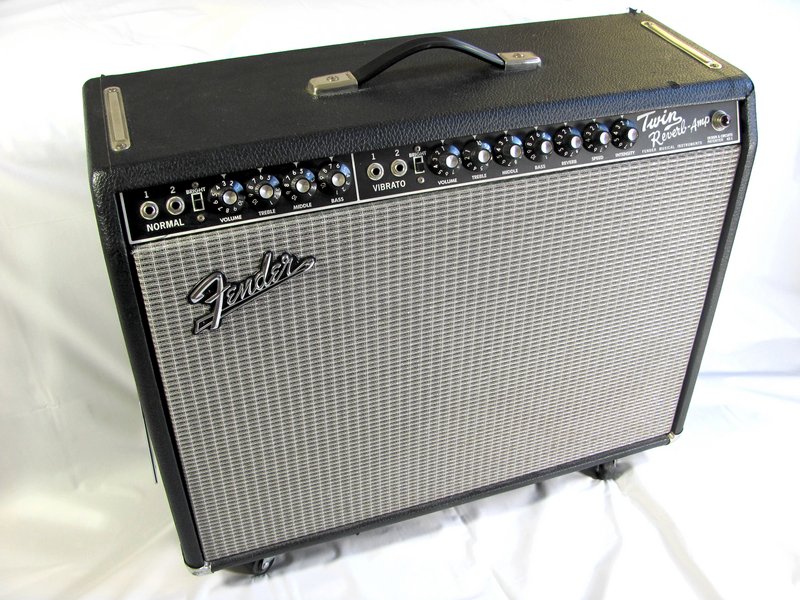 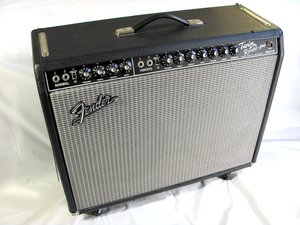 The 1992 Reissue of the original '65 Twin Reverb. Different from the older model, the reissue is built with a printed circuit board and 1/4 inch footswitch phone jacks. This model features blackface cosmetics and 12'' Jensen speakers.

The '65 Twin Reverb reissue was released by Fender in 1992 as a modified version of the original 1952 model. It is known for emitting a clear deep sound, courtesy of its four 12AX7 preamp tubes, two 12AT7 tubes, and four 6L6GC power output tubes.