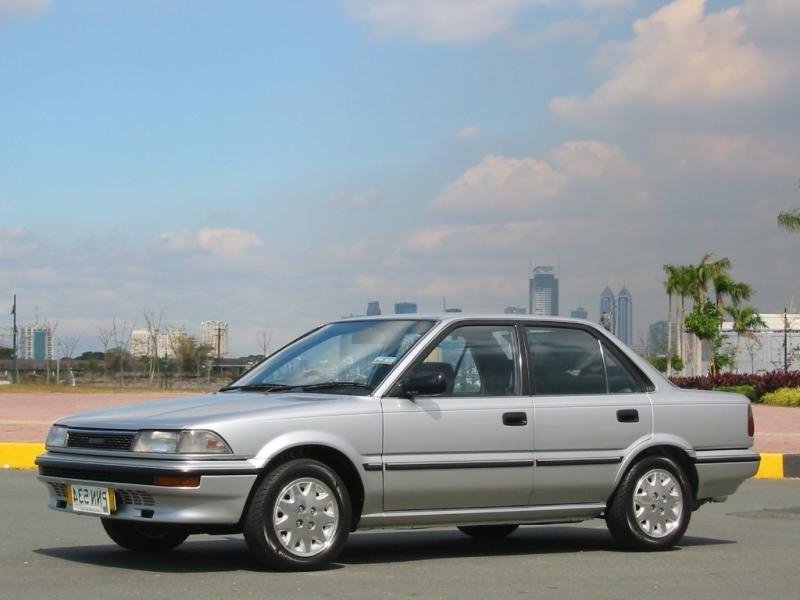 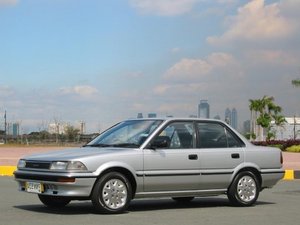 The 6th generation (E90) of Toyota's best-selling compact car. Also sold as the E90 Sprinter, Holden Nova, and Geo Prizm. This generation was the last of the Corollas to be classified as a subcompact vehicle and the first exclusively front-wheel drive or all-wheel drive Corolla (the rear-wheel-drive option was dropped for this generation).

The Toyota Corolla is a line of compact and subcompact automobiles produced by Toyota, a Japanese automaker. The Corolla line was introduced in 1966 and became the world’s best-selling car by 1974 and has been in the world’s top-selling cars since then. The sixth generation of the Corolla (also called the E90) was introduced in 1987 for the 1988 model year. It was also sold as the E90 Sprinter, Holden Nova, and Geo Prizm.

The Toyota Corolla GT-i (often called the SX Seca or Hatch in Australia) was a high-performance Corolla model that was offered with a hatchback and five-door liftback bodywork in specific markets. The GT-i shared an engine (the 4A-GE) with the North American GT-S coupe model. The Sprinter Carib wagon, an all-wheel-drive model, was the only Corolla model during this generation to use a beam axle rear suspension with coil springs, while the other models used struts. In South Africa, the Corolla E90 generation was called the Carri, Conquest, and Tazz. In a partnership with General Motors, the E90 included several cosmetic alterations and were sold as the Holden Nova (Australia) and Geo Prizm (United States).

Toyota vehicles in the Americas can be identified by the Toyota emblem, which depicts three overlapping ellipses. Corolla vehicles also include an emblem with the name “Corolla” in capital letters. The trim level, Base, XL, GL, SE, and SE Limited were often included as an emblem on the rear of the vehicle.