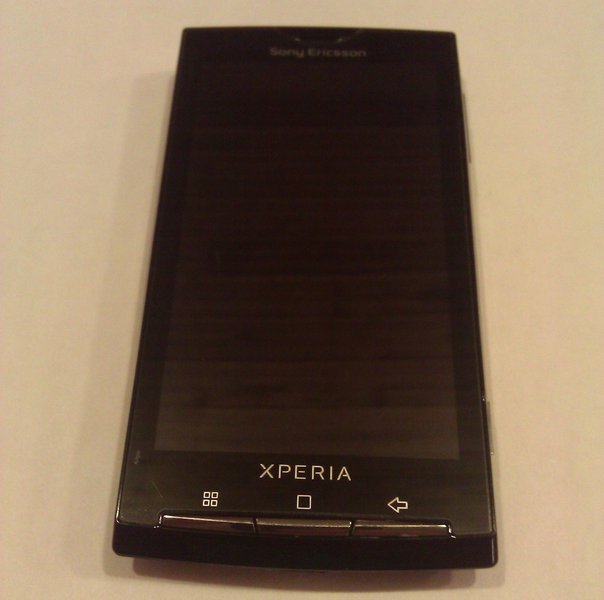 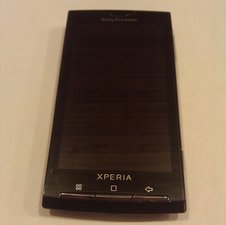 It is possible that the power on button is stuck and that there is something such as dirt or gunk behind the button. The best solution would be to take apart the phone and attempt to clean where the button contacts the logic board. The best way to do this would be with a can of air and to spray it into the area of contact (after the button is removed of course). This will most likely remove any small debris or dust without causing potential damage to the logic board/pieces.

If the button appears to be functioning correctly, it is also possible that the battery is dead, drained, or water damaged. The first thing to do would be to check the indicator on the battery to see if your problem is water damage. If that's not your issue, then attempt to recharge the battery using a wall charger. If this doesn't work, replace the old battery with a new one and try charging that. A guide on removing, replacing, and checking for water damage on the battery may be found [* It is possible that the entire camera component is broken. If this is the case, it may be best to replace the broken camera.|here].

If the phone has been submerged in water, it is possible that the phone’s logic board has been damaged. Attempt to fully dry the phone, and if that does not work, then the only solution would be to replace the logic board.

Check the connections from the display to the logic board, making sure that every ribbon cable is connected properly.

Problems with Display: Screen and LCD

If the glass case for the screen is cracked, you will simply need to disassemble the phone and replace the glass screen, or the front cover of the phone. A guide for doing so can be found here.

Check to see that the volume is up all the way. Use the volume rocker on the side of the phone.

It is possible that there is dust or debris ('Gunk') hidden in the phone blocking the volume button. In order to solve this, take the phone apart, remove the button, and use an air can to blow into the space where it contacts the board to clean it out. Reassemble the phone and see if this has solved the problem.

If the audio jack is working but the speakers are not, it is possible that the speakers are broken. Open the phone and check the connections. If the connections are fine, then there may be a problem with the speakers. Unfortunately, these seem to be directly part of the main phone component (the entire LCD display and circuit board) and would be costly enough to replace that you may want to consider simply purchasing a new phone.

Check the outside cover of the camera lens to see if there is any build up of dirt or if there are any scratches.

It is possible that if dropped, the ribbon cable connecting the logic board to the camera may have broken, or that the component itself is broken. The only way to fix this would be to replace the camera. You can find a guide for replacing this component here.

Volume. Sometimes. Dissappear. And on restart. It's OK again. Find out what is the problem