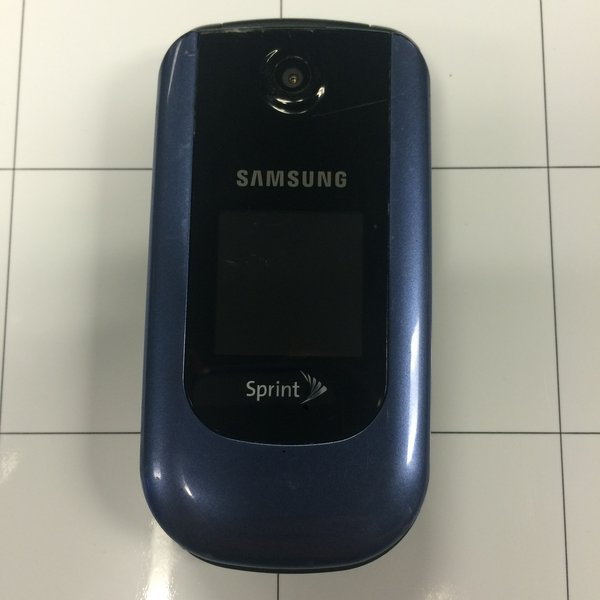 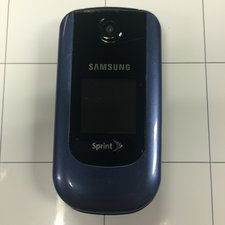 Samsung SPH-M360 flip phone is having issues with volume, camera, charging, or even turning on at all.

Despite holding the END button, the phone will not become functional.

If your phone won't turn on, the battery may just be dead. Try plugging the charger into the phone and turning it on once more. If the phone does turn on, but the screen reads "Charging Error," reference the "Charging Error" section of troubleshooting.

If the phone turns on, but the screen reads "Charging Error," there may be an issue with the battery.

If the battery is not damaged, but the phone will still not charge, there may be a problem with the micro-USB port on the side of the phone, used for charging. The charging port may simply be worn, rusted, or full of dust. Try using canned air or a penetrating oil (such as WD-40 ®) to clean the port. If this still does not work, it is likely that the port is faulty. Since the micro-USB port is connected to the logic board, the logic board will need to be replaced.

The buttons on the keyboard stick, or are worn or gone.

If the buttons on the keyboard stick when pressed, the keys may have a sticky substance on them, such as a spilled soda. Remove the keyboard and either replace it with a new keyboard or clean and replace the current keyboard.

Volume is not adjustable

You cannot adjust the volume on your phone.

If one or both of the volume buttons on your phone is missing, disassemble your phone to the point of removing the keyboard and replace the exterior buttons in the proper locations on the logic board.

If you press the volume buttons and they do not work, it is likely that the interior buttons (located on the logic board) are faulty and require a replacement logic board.

You cannot use your phone to take pictures.

If the picture button on your phone is missing, disassemble your phone to the point of removing the keyboard and replace the exterior button in the proper location on the logic board.

If you press the picture button and the phone does not snap a picture, it is likely that the interior button (located on the logic board) are faulty and require a replacement logic board.

When you speak into your phone, it does not pick up your voice.

Microphone detached from the logic board

The microphone is actually a small rubber piece attached to the bottom of the logic board by a small strip.

Check underneath the portion of the case that where the mic hole is located to see that the strip is still attached. If it is not, you will need to replace the logic board.

The phone will not play sound when headphones are plugged in.

Sometimes, the problem is the quality of your own headphones, not the cell phone that you are trying to use them with. Try using your headphones with another device to verify that they that they are functional.

If you have functional headphones that will not work with your phone, it is possible that the headphone port is faulty.

Check first to see that there is nothing blocking or clogging the port and nothing hindering the 1/16" jack on your headphones. If there is blockage, use a small pair of tweezers in the iFixit toolkit to remove the blockage. If there is dust inside, use canned air or WD-40 ® (or something similar) to remove it.

If this does not work, the port may not be functional. A replacement of the logic board is needed.

How do you download photos/pictures to computer or disk from a Motorola/Samsung model M360 cell phone? Any help would be greatly appreciated.