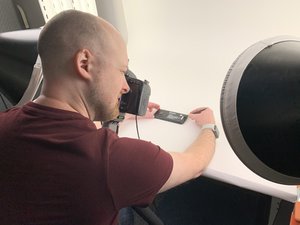 Hey there! I'm Craig and I’m the Director of Content Operations at iFixit, overseeing the day-to-day and behind-the-scenes operations of our various content teams (guides, teardowns, videos, and the blog).

I graduated from Purdue University in 2012 with a Bachelor’s in Media and Public Communication and a minor in Media Production. I started out writing articles for the student newspaper, eventually overseeing the publication’s web content and earning a spot as an Online Pacemaker Award finalist from the Associated Collegiate Press in 2011. 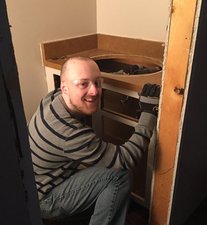 After graduating, I spent seven years writing for a handful of online publications, including Lifehacker, SlashGear, Digital Trends, How-To Geek, and more.

I started at iFixit as an editorial content writer and eventually transitioned to technical writing. A few months later I took over the tech writing department and spearheaded guide creation. Now I get to oversee all of our content teams, where I play around with documents and plan things—my secret calling—but also continue to create awesome content alongside the teams.

My love of tech and repair goes back to my adolescent years when I began tinkering with the family computer as a young and naive teenager. To this day, I love getting my hands dirty with projects around the house and in the garage, and I'm a strong advocate for the DIY movement. In other words, I don't call a guy when something breaks; I am the guy! And I always encourage others to pick up some tools and take matters into their own hands.