One of my earliest memories was watching my father, an automotive technician, disassemble and rebuild vehicles. As I grew older, he gave me a Lego Mindstorm kit. I couldn't tell who was more interested in it, myself or my father. As a teenager, I began to help my father in his profession. Flash forward to high school graduation, I joined the United States Marine Corps as a Motor Transport Operator, which continued my life gravitating around automobiles. In 2018, I was engaged in a training exercise. As my team and I were being debriefed, we watched in awe as SpaceX’s Falcon 9 launched into orbit. 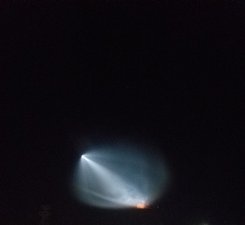 From that moment, I knew where my future lay. Now, I’m attending Embry-Riddle Aeronautical University, majoring in Aerospace Engineering.