Hello! My name is Ben Morris, and I’m a freshman and Embry-Riddle Aeronautical University. I’m majoring in mechanical engineering on a high performance vehicles track.

As you might expect from someone with my major and track, I have a significant amount of experience working around cars. This started in 2006, when I was 5 years old, when my dad restored his 1965 Lotus Elan S2 (which had been sitting for 32 years prior). 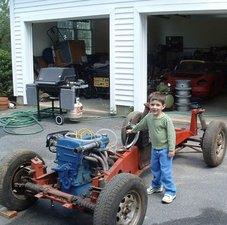 Time goes on though, and unfortunately my father passed away in 2014. I was fortunate enough to inherit the Elan, but it sat for 5 years before I was old enough to be able to drive it. While reading everything I could get my hands on about the car, I discovered that it had a number of failure points and weaknesses where if failure occurred, I would be left stranded, or worse.

So in the fall of 2019, when I was 18 years old, I decided I was going to restore it. I had no help though, so I reached out on the internet and absorbed as much knowledge I could from the old-timers that had been working on these since the day they left the factory for guidance along the way. Almost everything came out of the car - engine out, transmission out, final drive out, front and rear suspension out, dashboard out - so that I could evaluate the condition of what I had. I ended up having to rebuild the engine and replace just about everything in the rear suspension and final drive, with many retrofits for reliability along the way. 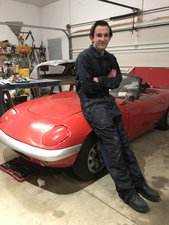 It finally took to the road again on April 22, 2019 and I drove it around for most of the summer. Before I left New York to move to Florida (where my college is) I decided I wanted to rebuild the engine (which at this point I hadn’t done yet), because the oil burning and leaking was deemed too much of a problem for a 1,000 mile journey down the coast. I didn’t finish in time though, so the car had to be trailered down to Florida and I rebuilt the engine in my cousin’s garage on weekends and holidays during my first semester.

When I’m not in class or working on my car I can also be found working on a 1986 Nissan 300ZX, which is the current car that Embry-Riddle’s endurance racing team runs. I’m also a driver for that team when we race.

Apart from my experience working on cars, I picked up several repair skills over the years. Carpentry, general fabrication (welding and machining), and general home-handyman stuff are the main ones.

How to fix a door that won't latch