we really do live in a society

I was born Andrew R Miller in the early Fall of 1999. This technically makes me a 90’s kid despite me being entirely disconnected from that time period. However, I did become well acquainted with the technology of those days like VHS players and CDs, and I was on the ground floor of the early 2000s tech. iPods, iDogs, Netflix DVDs, and the Wii (Wii Sports is still the shit) comes to mind. I remember the first time I became absolutely enthralled with new technology - when the iPad 1 was announced. It blew 10 year old me’s mind. I saved all my pennies, sold a bunch of my Legos on eBay, and of course, couldn’t afford it because that thing started at $499. So I opted for an iPod touch instead. That was my first major device that got me hooked on tech. I did eventually get my hands on an iPad later on, and my addiction to getting the latest tech just kinda grew from there.

With the aforementioned iPod touch, my young self began taking an interest in the lil lens on the back of the device. I knew nothing technical about photography; I just knew that I could point it something that caught my eye and snap, and I would have (what I considered) a cool image. 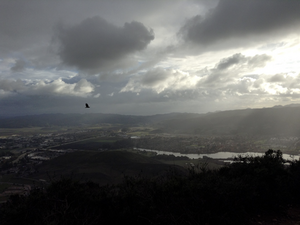 One of my early “works” from an iPod touch

As the years went by, and as smartphone cameras got better and better, I would grow increasingly interested in making the photos that I took look more “professional”. I started learning more compositional techniques, but I was still entirely reliant on using an iPhone camera for everything.

Finally, with my limited knowledge and experience, I made the jump to a DSLR. Enter the Canon Rebel T5i. 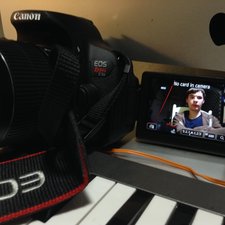 #Self portrait, 2014. Apparently before I knew what a hair stylist was.#

Usually, this is the point in the story where the writer goes on about how their first DSLR forever changed them, how it opened the door to endless possibilities, etc etc.

Not so much my adolescent self. I never really learned how to use it and got frustrated that it wasn’t as easy as an iPhone. I ended up selling it after not very long. It sounds incredibly stupid and lazy, but you need to understand that I’m one of those people who is a perfectionist, but also has very little patience when I am not immediately good at something. Also, I have been gifted with learning disabilities like ADD, which further impeded my ability to stick with the program.

To boil it down, I kind of gave up. At this point, I was working part time at a grocery store and attending Cuesta College as a high school student. I was drinking way too much Red Bull, seeing way too many therapists, and had so much acne that I was essentially one giant pimple.

This is the 3-4 year period of my life that is considered The Bad Years. It was like a coming-of-age film, but without any of the optimism or life experiences. A psychiatrist would later tell me this was called “clinical depression”. There were days where I wouldn’t leave my bed, there were days I would stare at a desk at the Cuesta library, and there were days where I would think I was losing my mind because of whatever new medication I was on. It probably doesn’t help that for 6 months of this period, I was on the acne nuking medication called Accutane, which can potentially have side effects on one’s mental health (but damn was it worth it).

It was a time of mental spiraling and nihilistic angst. I didn’t know what I wanted out of life, or if I even wanted to take part in it. Everyone I had grown up with was going in a direction, and I was left behind. Yet, I still did find the motivation to get out and take pictures.

And I still really liked buying the latest tech. I was the guy who religiously watched all of the Apple keynotes, I would always know all the specs on the latest smartphones of that year, and I would always wonder why nobody else found it interesting like I did. 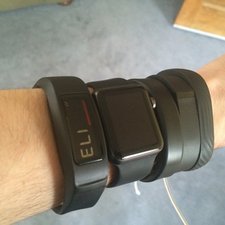 I was determined to find the best fitness watch, so I got all of them.

I spent a lot of time at Best Buy toying with different phones, laptops, and headphones.

At the peak of The Bad Years, I did make a decision that changed the course of my life - In one of my semesters at Cuesta, I enrolled in a digital photography class. Suddenly, the loose concepts that had been bouncing around in my head for the past 7 years suddenly started to make sense in a technical concept. I began to understand exposure, the post production process, and the equipment necessary to achieve desired results. It wasn’t a perfect class, but it jumpstarted something in my brain. It got me interested in the field again, and I started giving more of a damn outside of the class.

So at this point in the timeline, I’m trying not to worry about the future as much. Some old friends of mine ran a business cleaning office buildings, and I joined them. I’m started taking less Cuesta classes since it felt like a dead end. I got back on the DSLR train with a shiny new Nikon D750. I started to shoot images that I’m actually proud of. 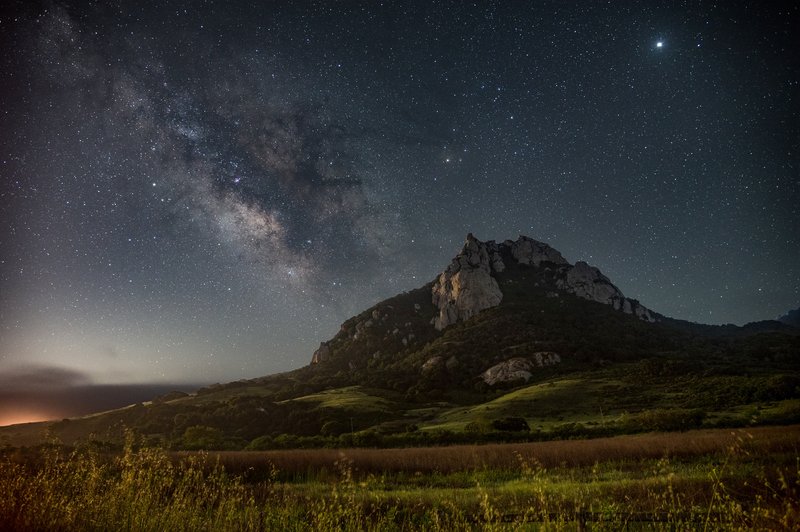 #This is my first major capture of milky way’s galactic core.#

I considered myself a hobbiest photographer at the time, as I wasn’t making any money off of photography (rather, I was losing a lot of it, this shit ain’t cheap). I had no plans to do this professionally, but one fateful day…

…I heard that one of the office buildings I cleaned was in the market for a part time “summer only” product photographer. It was a company that I had known and respected for years, so I jumped at the opportunity.

You can probably figure out the rest.

I stayed on after that summer and joined the iFixit team full time soon after. I’ve picked up an insane amount of experience and expertise in the realm of photography since I started back in June of 2018. I am responsible for all product photos on our store and much of the photo content for our marketing team. Aside from photography, I’ve discovered that the internals of a device are just as interesting as the device itself. I have replaced many batteries and screens, and I have upgraded many computers.

As for photography outside of work - I’ll be honest, it’s not something I do as much nowadays. I truly enjoy the process when I am doing it, but often times working with nature require commitment; strenuous hiking, inconvenient hours, and exposure to the elements (BUGS) to name a few.

But when I’m feeling inspired and the conditions are right, I do get out there. Seeing as you’ve made it to the end of this slog, I’ll leave you with some of my more recent stuff.

If you’re wondering how I’m doing right now, I’m doing okay. There are rough days, and I always wish I could do more and do it better. I always joke that I would have been to powerful if god hadn’t nerfed me with a myriad of health issues. I genuinely love my job and find that it takes up most of my time, but when I’m not in the office, I enjoy casual gaming and certain technical yet crafty endeavors, including 3D printing, hobby electronics, and whatever else grabs my attention for a week. I still love what’s developing in the tech world and I’m always happy to talk about it.