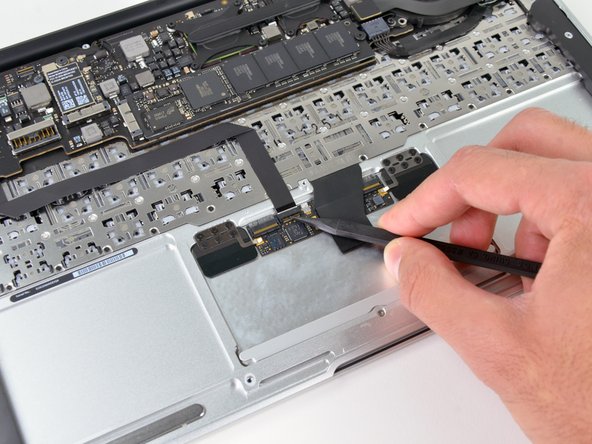 No possible click on at the left side of the trackpad.

With the exact repair procedure with photos from Ifixt, the replacement of trackpad was possible without any problems.