The Long way around to fix a non-booting imac 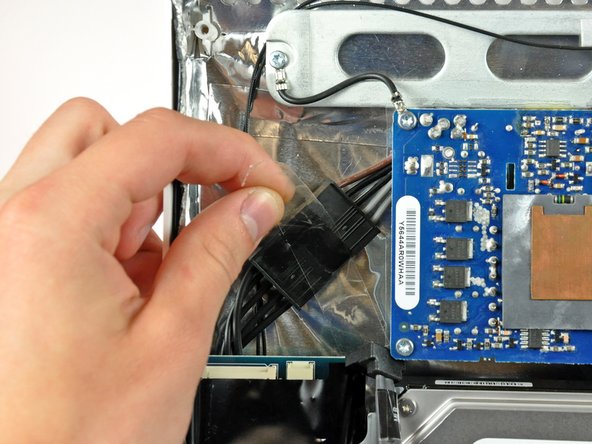 The computer was not booting. It would spin up the CD and make a few disk noises, but nothing else. After closer inspection and gaining familiarity with the hardware (more on this later), I noticed that only the first 2 debug LEDs (middle of logic board) were lighting up and the white "status" LED in the right speaker was constantly lit.

Being inexperienced with the machine, I took the advice that the power supply needed to be replaced, ordered the part, and made it through all 45 or so steps without an issue. When I booted up the machine again, nothing had changed, which was bad and good (at least I didn't break anything). After some more reading and exploring iFixit solutions, I realized that corrupted memory might have been holding up the whole boot process. I ejected both sticks and tried one at a time. I got it right on my second try and rejoiced!

Make sure that the power supply is the problem. I should have spent some more time looking at the computer before taking external advice. Lights being on, etc, are clues that the power supply is okay, and there's something else holding the boot up. And get a magnetic T10 torx screwdriver for the screws that anchor the display (or be forced to use sticky tack in the reassembly like I did)