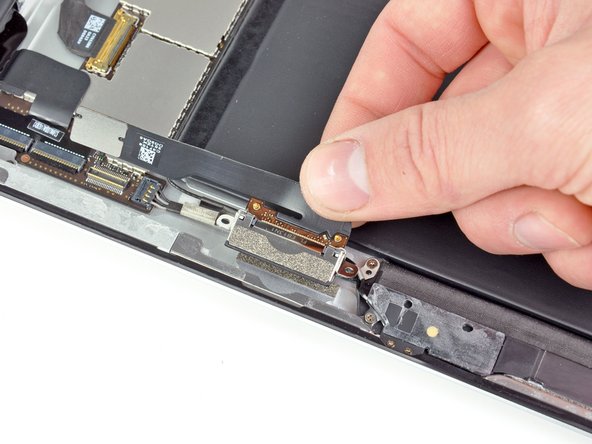 Dock connector on ipad 2 went bad although I'm not sure why. Apple store employee happily explained how I could pay $250 so they could give me someone else's throw-away in exchange for my ipad. OR I could shell out another $500 for a heavier, bulkier, newer iPad. After barely 2 yrs of use, the apple cycle of forced obsolescence frustrates me and I'm glad I used ifixit.

It was a 4 hour job but ended in success! I took my time and went very slowly. Almost lost the Wi-Fi antenna even though I followed the advice exactly as outlined. I am very happy to report my ipad is up and running, and I saved dishing out another $200 to cash-rich Apple corp.

The guides detail break downs, but doesnt provide advice on inserting and connecting the new part. The first time I did not realize that I had to carefully plug the new dock connector into the logic board after reattaching with screws. After re-opening I got a nice loud click when it finally went securely into the board.

iOpener didnt really work well - had to go with a heat gun after about an hour of struggling to get it hot enough.