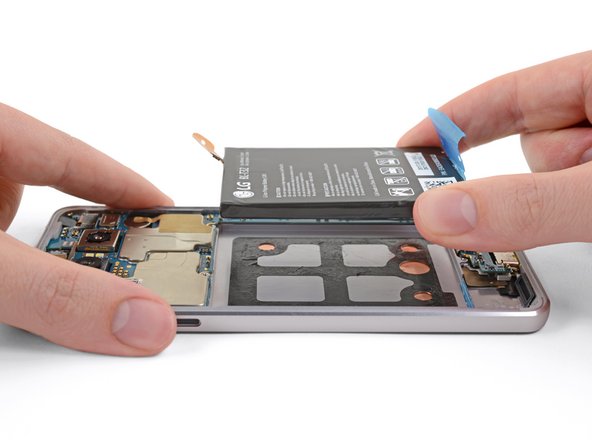 Two year old battery was needing recharge more than once a day.

It went well. The two trickiest points were in getting a wedge to break the adhesive seal of the back. Heat gun helped, but I needed a knife blade to initially break the seal. After that sliding a guitar pick around the edge did the rest. Second tricky part was to dislodge the old battery from its original adhesive, which required short use of heat gun and some gentle prying with a metal tool.

Patience and slow, steady pressure to pry up the original battery.