Rescue of MacBook 12" after liquid damage 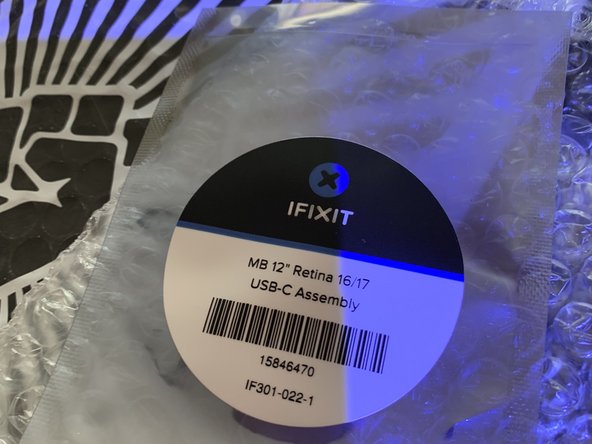 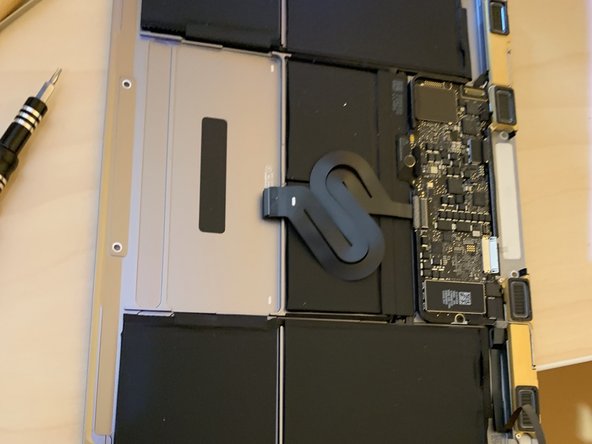 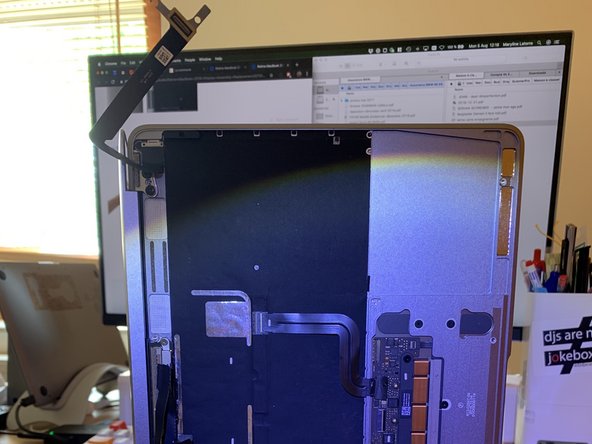 In October 2018, I put a newly purchased travel mug containing cold tea into my bag with my Macbook 12" before leaving home for work.

Unfortunately, the travel mug leaked its content and a good part of it was soaked up through the USB-C port into my laptop... When opening the laptop at work, I realised what had happen. The lower left corner of the screen was strewn with humidity marks. Some keys in the upper left were feeling sticky.

Everything else seemed to function properly until I realised that the laptop was not charging anymore.

At my local repair shop, they expected they'd have to replace the USB-C port but also the entire top case and the screen case before they could even check if the battery and other components were damaged. This would have cost more or less 900€ just to check if the computer was still functioning.

So I decided to only order a replacement USB-C port at iFixit to check if the laptop could still be saved.

The iFixit repair guide I followed was amazingly helpful!

It took me one and a half hour because I still had to figure some things out on my own.

1. Putting back the USB-C port was difficult because of the hinges. As suggested, you have to remove them or else you risk damaging the replacement part when trying to put it into its place.

2. The USB-C port is secured near the hinge by two 2.5 mm Phillips #00 screws. They can't be screwed all the way down through the board of the USB-C port. So, that part seems to be loose, but it seems to be normal.

3. The circuit ribbon of the replacement part is not bent when you receive it from iFixit. So be careful to copy exactly the way it should be folded from the original part or else you won't be able to reassemble the laptop correctly.

Great job Maryline! I’m very impressed with your skills and saving so much money! I hope you treated yourself to a nice dinner with the money you saved :)