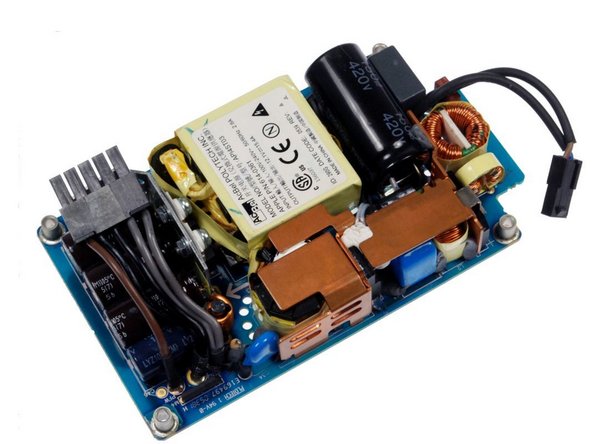 The IMac G5 would no longer turn on after being handed down to my two adult children.

I first got the idea of trying to fix it rather than throw it away from your YouTube video. I then went to the IFixIt web site and saw the tutorial on how to replace the power supply. Having never attempted any computer repair before, I thought if I can get the old power supply out, I will order the new one. All went very well following the short cut method. The pictures were great. The new power supply came very quickly, I put the new power supply in and crossed my fingers. Great news it worked just fine. I could never have done anything like this without your site. Thanks a million.

Go ahead and try it. If I can do something like this anyone can by watching the tutorials.