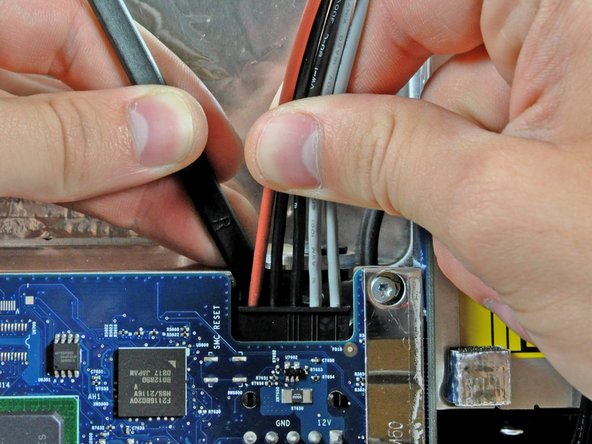 When I am away from home for an extended period I usually power off my iMac and disconnect the power. After returning home from a long weekend recently I reconnected the power and nothing, no light no sound, no smell. After multiple attempts trying different power sources and power cords I was satisfied that the machine wasn't going to restart. I opened the case and noticed that on the main board LED1 was illuminated , LED2 would flicker every few seconds and the fans would start spinning then stop. After reviewing similar problems in the answers forum I concluded that the symptoms were consistent with a malfunctioning power supply.After consulting the power supply replacement guide for my iMac replacing the power supply seemed like a reasonable idea and I ordered a new power supply from IFIXIT.

The first unit arrived on time. I installed it and there was nothing. The main board LEDs did not illuminate at all. I advised IFIXIT through customer support and the next day received an email informing me that a new unit was on the way with a return shipping label for the nonfunctioning one I had received. When the replacement arrived I installed it and had the machine up and running in less than an hour. I used the Short cut method and this worked well.

I only recently found IFIXIT and it has been the most helpful and informative community for mac problems. Thanks to all who freely share their knowledge and experience. This is a great resource.