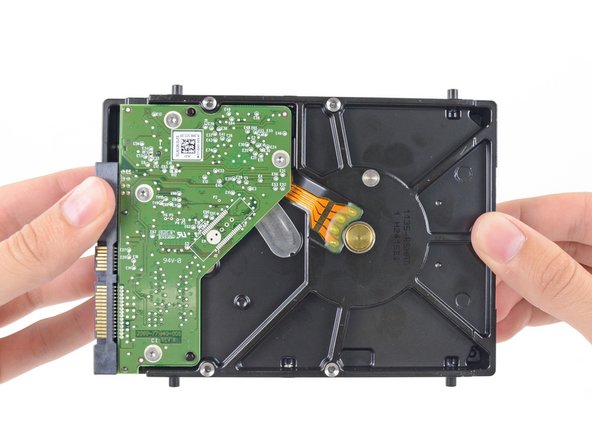 As a photography enthusiast, I constantly create files from my digital cameras. With pictures and video clips I captured, I accumulated quiet a sizable amount of data.

I've always built my own computer all these years. In the recent years, I've run hackintosh on my pc because I like the OSX interface better than other os. It was also rewarding to make things work.

When the iMac Retina came out, I wanted to get one. It would be a pleasure to work with my RAW files from a screen with high resolution closer to my image files. I was hoping Apple will come out with a retina cinema display but there is not even a rumor of it coming out anytime soon. The iMac retina has the screen but not the storage. I'm already filling up my 4TB disk on my current rig. I could always run an external drive but I'd rather not turn on a separate device just to get to my pictures.

Then I found out about the 8TB single drive. What if I can stick one in an iMac? I've used iFixit guide before to repair my dslr and I did use it again to put a rotary hard drive in an iMac with size of my choice.

Bit the bullet and purchased an in-stock iMac at the apple store. Sadly it only come with the fusion drive with 128GB SSD. I like to run separate drive for my OS and file storage. The 128GB wasn't going to be enough so I returned it to the store and ordered online. I opted for the i7 and 256GB flash drive.

With the 8TB on hand, I opened it up soon as I got the iMac. I was glad to find out the mounting brackets for hard drive was in it but bummed that the data cable wasn't. Of course it wasn't going to have one since it not suppose to have a rotary drive in it. Put the iMac together and ordered the power and data cable.

The guide was clear and easy to follow. As I mentioned before, I built my own computer so opening up the iMac wasn't intimidating. The only hard part was undoing the adhesive that is holding the screen. I wasn't sure how much pressure to apply to pry apart the screen and the frame but just took my time to wedge the plastic card and work around the screen. It was also a challenge to pull out the right speaker as it didn't pull out as easy as the left one. All the screw were as the the guide states where they were as where the connectors in the unit.

I ordered the recommended tools but have a T25 on hand to get the logic board out.