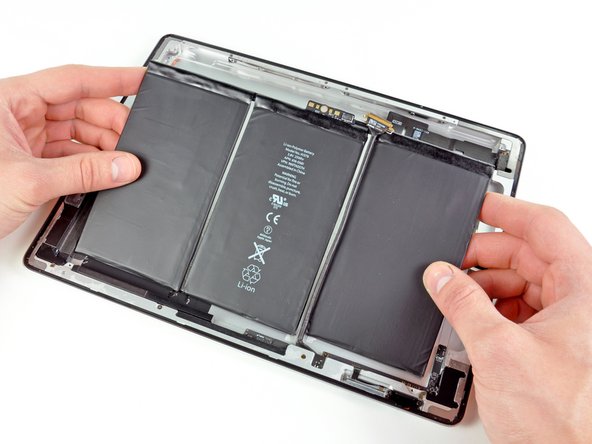 My iPad 2 has been amazing for several years. Last 6 months, it won't last more than an hour without a charge...time for a new battery

Nerve wracking, but good. Toolkit was great, instructions nearly flawless. It still made me sweat, but went well

Two lacks overall. First, and most annoying, you sold me the battery, suggested the toolkit and iOpener, but neglected to tell me I needed thin adhesive strips to put it all back together. I think you would know that better than I would...I ordered some but lost nearly a week in total due to the lack.

Second, are there any tricks to re-attaching the WiFi antenna leads to the logic board construct.? Ultimately I got it together, but felt like it was pretty hard on the components. Maybe there is an angled flat squeezing tool to clip the things on easier? Sort of like a tiny vise-grip, angled with a little cup on the end to hold the lead, and a padded flat spot opposite for squeezing. Wish I could draw one for you, but I' m not great at such things.