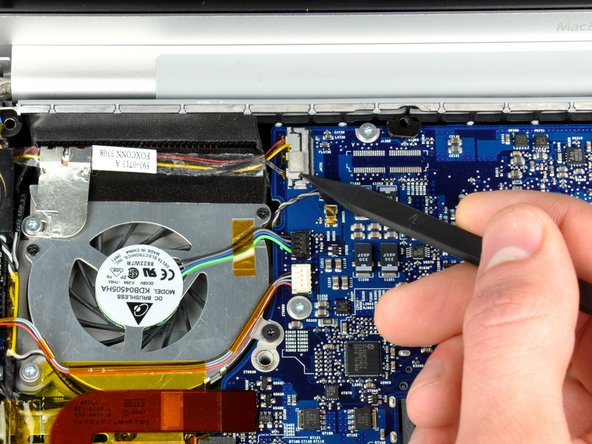 Got a MacBook Pro from Ebay, and it was making a terrible fan noise.

The instructions were great. The first attempt, though, I failed to properly seat the fan's power cable. So I opened it up again and got it on the second try.

Pay special attention when you connect the new fans power cable to the logic board.