Grab a toolkit for your iPad 3rd Gen 4G model and fix your broken tablet! 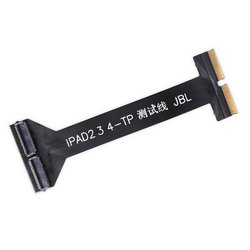 Apple released the iPad 3rd Gen 4G on March 16, 2012. Changes include the new A5X processor, an upgraded 5 megapixel rear-facing camera, and a higher resolution 'retina' display. The iPad 3rd Gen 4G includes 802.11n wireless and 3G and 4G capabilities (service is subject to carrier and local availability). This iPad model was offered in 16, 32, or 64 GB capacities with color options of white or black.

There are two versions of the iPad 3rd Gen 4G. The GSM and CDMA models were released simultaneously.