Replacement parts for your Xbox One S Wireless Controller 1708 model to fix your broken device! 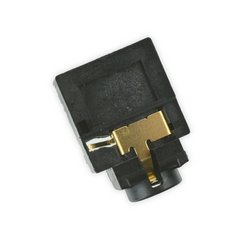 The Xbox One Wireless Controller Model 1708 can be quickly identified by the presence of a full faceplate, since the X button is no longer covered by a single piece of glossy plastic that is separate from the faceplate. The texture that is used on the plastic shell is also different from previous controllers as well.

If you still want to be sure, the label in the battery compartment will say Model 1708.