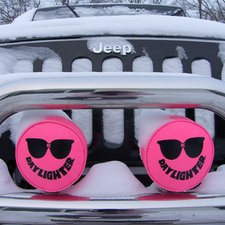 I just purchased a used Early 2011 MBP to upgrade my late '09 model. I replaced the hard drive with a WD 1TB, and tried to boot up and cannot get any recognition of the drive that I just installed.

I pulled the drive and formatted it, via my older computer. I put it back into the new machine and it still won't come up. I've tried using the holding down "C" nothing--I've tried holding down Option, and that gives me the install screen but NO DRIVE is next to the OSX install icon.

I know that the drive is okay IN the machine because with a jumper, I can get the new computer to boot up with the drive that I removed. When I had it up and running, I reformatted the disc, thinking that I would be able to see it, but nope, nothing.

ANY suggestions would be awesome.

The old hard drive from the new computer is running LION

I currently have full versions of Snow Leopard AND install discs for my old computer....so I do have legal operating systems, but it will not let me put lion onto the new Hard Drive, because I have not purchased it -- What I want is Mountain Lion but I don't want to have to purchase BOTH since I don't "need" both.

I did it! Figured it out last night in the middle of the night - If I could boot up with the drive from the newest MBP, that had Lion on it - but it would not let me use the previous owners copy, in my name - I simply booted it up using the hard drive - signed onto iTunes and downloaded Mountain Lion, (over Lion) in MY name. Then, I restarted the machine while holding down the Option button,Up came the hard drive(s), I and I installed Mountain Lion onto the New Hard Drive, that I just put in, and she now boots up, just fine! Now I just need to burn a copy/rescue disc to keep for any emergency situations. And all is right with the world again!

Thank you to Dan for trying to help me!!!

Your HD problem could be related to the drive being a SATA 3 drive and your Mac is SATA 2. Look at the HD docs for a jumper to set to SATA 1/2 compatibility.

As far as getting to Mountain Lion, once you get Snow Leopard running (via DVD) you'll be OK in getting it upgraded to Mountain Lion via the App Store (make sure you have a good & fast internet connection).

Or, if you use the migration tool with your older HD in the other system connected to a common Ethernet network or via an external HD case via FireWire to this system you'll be able to transfer all of the files to your new HD, then you can upgrade to Lion (DVD or flash drive) or Mountain Lion via App Store.