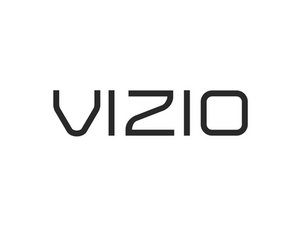 Series of Vizio laptops available with 14" or 15.6" screens.

Can you upgrade the memory on the Vizio Thin and Light laptops?

Has anyone received and opened up a Vizio Thin and Light laptop?

If you have, do you know if the memory module is upgradeable?

Do you also know if the SSD is upgradable?

I know it will void any warranties, but since this is iFixIt I figured this is to be assumed.

Anyone know what model screwdriver is needed to take off the back? I know it's star shaped, but I don't know what size star.

T6 Torx is the screwdriver. The stock 128gb drive is also slow in speed compared to a good 256gb drive as far as read write speeds.

I would recommend the Torx T5 instead as the T6 is too big and requires some brute force to get the screws out, especially the two slanted ones on the sides

Whatever ssd you buy, it needs to be an mSata ssd - they are very tiny. (Neither a 2.5" ssd nor a 1.8" ssd could ever work - they are way to large and would not fit the adapter any way.)

I also purchased this case for an mSata ssd:

You should guard against a static discharge before opening the case and while working inside the Vizio. Don't touch anything unless you have too!

Make sure first to detach the AC adapter if it's attached to the Vizio!

I gathered my courage and took off the back of the Vizio 14" thin and light laptop. You need a special screw driver tip (star-shaped - not sure what the proper name is) to remove all of the screws on the back cover.

I lifted the back starting at the hinge (because there are some flanges at the other end.

With the large flat battery at the bottom, the tiny mSata ssd is in the upper left corner held in by two screws.

Caution: You should (must) remove the battery first to avoid damage! On some laptops you can just unattach a connector to the battery. In the Vizio, you must remove the five screws holding the battery to the case in order to detach the battery (not such a great design but easy enough).

Once the battery is removed, you can easily remove the 2 screws holding the ssd in place. The ssd will pivot upward when the screws are removed making it easier to pull the ssd out of the connector.

Insert the new ssd, pivot it down, and re-insert the 2 screws.

Reattach the battery and re-insert the 5 screws.

Attach the back cover - make sure you get the little flanges (at the bottom where the battery is) in first, and close to the hinge side. Make sure the cover is correctly positioned and then re-insert the screws.

After the intial boot, you won't have to have the AC adapter plugged in - it will operate as usual.

My Vizio has 4 primary partions (one extended) so even with the new ssd, it took a bit of work to make the new space available. There is a primary partion of about 2 GB at the upper end of the first 128 GBs that may be used for Intel's Rapid Start Technology. This was enabled in the bios - but the Vizio seems to start up/hibernate just as fast with this disabled. The partition has id 84, btw. In order to make the new space available, I had to delete this partion using a Ubuntu Live CD (which I booted the Vizio). I also made sure I turned off swap so that the Live CD would not try to use the swap partition. (My Vizio is set up to dual boot the orignal Windows 7 that was pre-installed and Ubuntu 13.04.) Once the id 84 partition of 2 GB was deleted, I could then increase the extended partition size, and add one or more new partions within the extended partition. (You could also add a new primary partition - but then you can't re-install the id 84 partition.)

If you are careful, you should have no problems. The Vizio is easy to disassemble and re-assemble. I have no idea why Vizio insists that users can't upgrade their Vizio's themselves. Replacing the battery is very simple also. There is no need to send the laptop back to Vizio.

Any pointers on how to open it? Also do you happen to know the part number for the screen?

zooeynet, can u elaborate, do i need 2 ram sticks for dual channel or just one,

was it easy/hard etc

would i be ok oordering this

The Ram is definitely not upgradable. I have a CT15-A4, and too bad I am stuck with only 4GB of ram. The laptop is fairly easy to open up, and replacing the SSD with a larger one is very easy.

Another problem with VIZIO is, they don't provide BIOS update on these laptops. I lack the BIOS feature to assign vRAM from RAM. I want to be able to allocate 256mb to the iGPU HD4000.