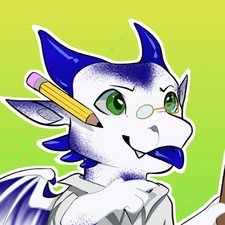 So the original iPhone battery has a battery life of 82%, so I decided to replace the battery with a third party battery. However, after replacing, the iPhone boots up successfully, but of course greeted with the unable to verify a genuine battery. I plugged in the iPhone to charge, but it doesn’t accept charge at all! In 3uTools, it says “Not Charging”, and a battery activation board says no charge is going through.

HOWEVER, I placed back in the original battery, and it started charging just fine! 3uTools says “Fast Charging”, battery activation board says there’s charge going through, everything works as it should, for the original battery that is. However, I charged the other battery externally via the battery activation board, and it charged up fine. It’s just that it doesn’t charge when it’s in the iPhone. Is it a software lock? Am I doing something wrong? Is it a bad battery? I did however copy all the serial numbers across to the new battery, though the unable to verify message still came up haha.

Sounds like the third-party battery you’re using may be faulty or Apple has some software that’ll lock the charging port when an unoriginal battery is connected. If the battery is capable of charging fine externally and all of the data was transferred between the batteries, it seems more likely to me that it is a software fault and the hardware is fine.