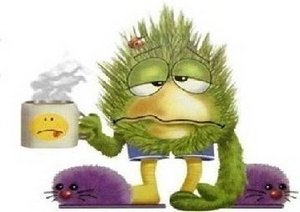 How can I use my iPhone 3G on Verizon network?

You're right, AT&T has horrible coverage. No, you cannot at this point use it on Verizon, a CDMA technology network (iPhone is GSM). It was almost enough to make me give up on iPhone, but in the end I couldn't do it.

Depending upon your area, other GSM networks might be a solution for you if you are willing to jailbreak and unlock your iPhone. T-Mobile in the US was good when I used it; there are others in Canada and elsewhere.

No. While Verizon is transitioning to GSM and eventually killing off CDMA, many of the early phones rely on CDMA for voice purposes. This isn’t as bad on later phones, so you have a wild west of phones that will eventually be shut out when that day comes and nobody will know unless the model is known to be blocked from activation.

Phones like yours only support GSM so you cannot use it due to technological (and policy) reasons. The Verizon whitelisted 3G phones only use GSM for international use; domestic data is all CDMA. Most (but not all) 4G LTE phones are entirely GSM based with zero CDMA hardware.

Along with technological issues, you also have issues on the back end. Verizon only allows certain IMEI/ESN ranges on their network. The issue is the Verizon programming is hardcoded in a way it can’t always be changed depending on what phone you have. It was this specific issue that forced them to have such a policy.

That said, sometimes you could get the MSL and change it, but that isn’t always the case and carriers do have a habit of fighting to keep the MSL to themselves. Your phone is NOT certified for their network.

I am now considering a Motorola Droid as an option since I am on Verizon and have a couple of upgrades due. Any comments on the Droid as an alternative to the Iphone?

Android as a platform is much better than the iPhone OS will ever be, a comment would be make sure you check the plethora of android devices available to find the one that is right for you, at current verizon only offers two subsidized phones, the droid and droid eris (htc phones IMHO are also the best) however there are several unsubsidized+unlocked phones on the market, and more to come. You may want to wait for the supposed Nexus One too. For good android information check phandroid.com

I prefer LG's phones and the LG GW620 (EVE) is rumored to be offered by Verizon sometime in the first quarter of 2010. It looks to be the one I would like to have. That is unless Palm comes up with an android Treo...maybe the "Treandro"!

The LG EVE looks to me like a cheap knockoff of the Cliq, and additionally attempting to masquerade as those nice, sleek, htc devices. I agree with you that phones need to look nice, the Droid is anything but sleek, but the Droid Eris is very attractive.

For the record I will also suggest T-Mobile, they have the best prices, the fastest network (both in the US and worldwide) and great coverage. They also have a plethora of android phones, and seem to be getting the Nexus One (HTC Passion).

99% of the people I know are on Verizon on all coasts and nearly 40 states.

I have an LG Voyager and I love the keyboard on it...much better tha my wife's Iphone! As for speed I personally think that her Iphone is as slow as molasses! And she constantly complains about calls being dropped!

The keyboards on the HTC and Motorola android phones are lousy and very hard to switch to after using the LG keyboard on the Voyager.

So I think that I will wait for LG's offerings such as the GW620(Eve).

Yes, but mifi will not allow conventional cellphone calls.

This should be a comment to the above Answer.

You need to unlock your device to access other carriers. Currently this requires baseband(known as modem in the settings->about tab) 05.11.07 which came with firmware 3.1.2. In approximately a week with iPhone OS4 comes out, there should be an unlock solution for the newer 3.x models also. To obtain this Google the iPhone-Dev Team blog as I'm not sure if I'm allowed to post links here.

Except Verizon uses CDMA and AT&T uses GSM, there'd need to be different versions of the phone with CDMA versus GSM antennas.