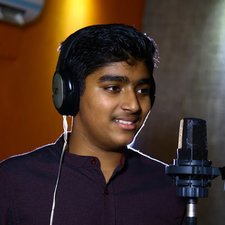 I am planning to purchase a 15” MacBook Pro 2015. I am going to be using this for editing on Final Cut Pro X, and also for producing music in Logic Pro X. In my region the only available ones are the base model.

I was wondering if the RAM and SSD are upgradable and maybe how much it would cost.

Think long and hard before buying it!

As far as RAM its soldered! So what you buy is all you’ll get 16GB!

The SSD drive is upgradable! But the interface is custom to Apple! The Ultimate Guide to Apple’s Proprietary SSDs While you can get an adapter which allows one to use M.2 standard blade SSD’s. Not all M.2 SSD’s or adapters play nice! And you can encounter issues with your Mac not responding properly to and from sleep or hibernation states.

I have a DG model which I love and was a good investment at the time. Even still keep in mind Apple is about to drop a brand new series of systems using their own CPU’s (APU). If you can I would wait a bit.

Parts for the 2015 models are becoming hard to find as many people loved the system so much they just won’t give them up and Apple doesn’t offer spare parts for this series either. So getting it fixed will be harder than a newer system.

Oh, I would like to be able to upgrade both RAM and SSD. Which Macbook Pro would be the best for that. And yes the one I'm looking at has Discreet Graphics (AMD Radeon R9 M370X).

The newer MacBooks are horrible since nothing is user-upgradable, that's why I was looking at the older Macbook Pros.

The last fully upgradable (RAM & Storage) MacBook Pro is the 2012 Unibody! Even still its max RAM is still only 16 GB so that really doesn't improve things. Which brings up back to your original system, as being the better choice between the two systems.

Now we have the new Apple Silicon Mac's coming out (first ones introduced sometime this fall) We have no idea what Apple is planning desktop or laptop or both! Low end, mid tier or high end!

Will Apple wise up and offer internal expandability again? RAM and/or storage? I'm leaning not ;-{ But I can wish!

16GB RAM is fine for me, but the thing is Apple could drop support for the Unibody Macbooks very soon. I really need a MacBook Pro right now, I cannot wait for the Apple Silicon Mac's and hope that they are good. So I guess my only option would be the 2015 Macbook Pro.

The unibody models are already on the Vintage and obsolete products list, some retina models are now as well.

Even still there are enough people fixing these systems you should be fine for a few more years. Getting new parts has been an issue as Apple refuses to sell to independents! So all we can do is create a recycle market place for people who buy systems (used) to then strip the good parts out to then resell! This is a good thing! As it reduces the amount of systems which still have usefulness from the land fills.

Apple's stance on recycling has a double edge! They see this differently! The fewer systems stripped far parts the more you'll go for a new system. Remember, they are not salvaging parts all if them go into a shredder and then a melted down again.

That has its place on the dead stuff not the still working stuff which keeps more older systems running. To be clear re-use needs to be the first action, striping parts for reuse then, only after this find its way into a smelter to be melted down.

I think that you shouldnt go for the older laptop version instead go for the latest. As you will at least get a good performance and better speed this you won’t be able to get even after upgrading this one.

The thing is, New Macbooks have amazing performance. But they are pretty expensive, and they are not at all future proof (meaning they are not user upgradable). That is why I want to buy a 2015 Macbook Pro.