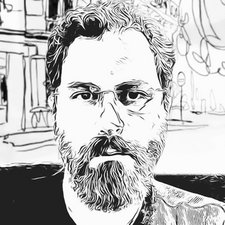 Anybody have documentation on the power supply DC pinout voltages. I have a problem that appeared to be a power supply issue: machine shut down while in active use, won’t restart (no chime, nothing). LED 1 indicating trickle power lights, that’s it. Ordered a replacement power supply, swapped it, no change. Ran through the entire troubleshooter, with no resolution. So now seems I’m probably looking at a motherboard issue, but I’d like to validate that replacement power supply is actually working, to be sure, hence looking for pinouts (to at least be able to test for expected voltages).

On a related note, does anybody understand how power up actually works? You press the power button...but apparently that doesn't directly switch the power supply operational power on? Rather the signal passes through to the motherboard, and it has to signal back to actually trigger operational power out?

Seems like it would have to be something like that for a motherboard failure to drive this symptom (no LED 2 light-up, no activation of anything).

Does anybody definitively know how this works? And if so, know what component on the motherboard actual controls such?