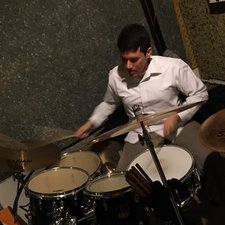 My mac mini which I run as a server for various things had its power supply die, so I purchased a second hand 2012 Mac Mini and placed the (dead) 2011 Mac Mini’s SSD into that one. All is well on that end. I have ordered a power supply and will perform the repair on the 2011 Mac Mini. But now my Mac Mini is without a drive of any kind.

EDIT: Added details regarding model of SSD and version of macOS.

The 2010 MacBook Pro’s only supported SATA II (3.0 Gb/s) drives, Your 2011 Mac Mini supports SATA III (6.0 Gb/s) drives. So while the slower older drive will work in the newer system, it won’t offer the full ability of what the system could offer.

The second issue is the OS-X/macOS your MacBook Pro’s drive is running may not be able to boot the newer Mac Mini, so before you move things about make sure your MacBook Pro has at least OS-X 10.8 Mountain Lion.

Thanks for your answer. Good points. I updated my question with additional information regarding the model of the SSD and the version of macOS installed on it. I suspect all should be well and good but would love to get confirmation that this will work. Thanks again!

Your Samsung SSD will run at SATA III (6.0 Gb/s) as it will match the systems I/O speed so you will get the full performance of the SSD Samsung 860 EVO SSD spec sheet as you can see both SATA I/O speeds are listed.

I would recommend you prepare a bootable OS installer thumb drive just in case!

● How to create a bootable macOS High Sierra installer drive

● If you've got an old macOS install image, it will probably stop working today

● How to upgrade to macOS High Sierra Source of the updated OS installer.