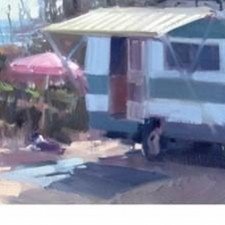 Reboots on its own!

Same issue here. My friend said that hers (mid 2011 2.5ghz) always chimes 3X on startup, and I resolved that issue when I installed a new 1TB SSD, but when I used her most recent time machine backup (high Sierra) from 2019, the issue remained. I also switched out the ram with some compatible ram I had laying around and that helped somewhat.

I tried erasing SSD and using her oldest time machine restore from 2017, and that worked for like half an hour, enough time for me to remove the 3GB of crap from the desktop and place in her documents folder and then zap the PRAM & reset the SMC, but then it got back to the restart cycle boot, where every time there was power to it, it would recycle the startup.

then I erased the SSD AGAIN, and tried a clean install of El Capitan and kept getting the “can’t install on this computer/no installation packages” message, and finally figured out that I had to change the unit’s date to January 2017 in Terminal, and that actually worked!

so now I have a fresh install of el Capitan OS X install, with NO 3rd party software, and only the OS, and when I try to shut down it restarts, and after typing all this it just now restarted on its own, fml. (BUT when it starts up it gets to the login WICKED FAST!)

so could it be her power supply is taking a crap? She needs this computer for work, and for now she’s borrowing my 2012 mini, but I’ve been losing sleep over this damned 2011, as this was “supposed “ to just be a simple hard drive upgrade.

Any help would be greatly appreciated!!!!!

Power supply failures will often start with occasional random reboots. As time goes on these will increase in frequency until it gets so annoying you just can’t use the computer. So if your history is like this, go for the PSU.