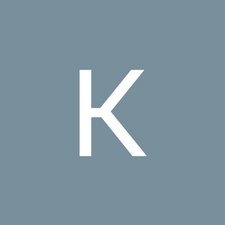 I repaired my stephdads iPhone 7 with a new lcd.

The first issue that appeared was ghost touch.

I fixed that with Elec. Tape on the 3D IC on the back of the screen which fixed it happening all the time.

-Phone’s water damage indicators are red but already checked everything with a microscope for corrosion and there is none, it’s most likely that it’s from shower steam

-Phone has been used and charged with 3rd party chargers

-Phone’s lcd backplate has a weird pop up ??

Could someone help me solve this because this goes above my knowledge and I already ordered a lot of parts just in case so I am able to replace everything except the motherboard, if that is the problem I rather buy a new phone for him.

@refectio best Apple engineer, help me if you have the time for it.

Kylian, ghost touching is probably caused by a low quality screen. If the original screen is still functional, try re-installing it to see if there is any ghost touching. If there is, then you may have damaged something during your repair. If there isn’t, then it’s just a bad screen.

As for the battery, it certainly should be replaced once below 80% but that is not the cause of your ghost touch. I would not invest too heavily in a phone that has red water indicators.

Maybe a new battery is in order, or maybe it was simply a cheap screen? I used a cheap screen for a repair and ended up with a huge ghost touch issue.

Yeah I guess you’re right. I did a lot of fixes and never had this issue. I am always really careful especially with phone’s of people close to me.

I have a new screen, battery, and Taptic Engine coming in tomorrow so I’ll see how it goes.

I’ll update you tomorrow with the outcome.

Hope it goes well, it’s really annoying when replacements don’t work! I didn’t have time to replace the screen again, so I am just living with ghost touch for the time being, and it is definitely worth it to try and fix it. Good luck.