Which Purchasing Config is right to get two SSD's in 2019 iMac?

Ultimately, I want two SSD’s - a proprietary/blade NVMe SSD with between 512GB and 2 TB of storage, and a SATA SSD with between 1-2 TB. I’m not opposed to taking the entire computer/motherboard apart, but if it’s possible to just do a standard main drive upgrade, that would be preferred.

Also, the thermal detector is no longer needed on models post 2013 because of SMART technology, correct?

Thanks for your help, iFixit!

Frankly, I would just get the blade SSD only config (as large as you can afford) and buy an external RAID SSD drive as it will be massively faster than the SATA SSD. Just look at the performance differences and think about the cost and risks of opening your system.

If you do go with a SATA SSD you would need to add the SATA/Power cable (which is not available yet) and will need replacement adhesive tapes iMac Intel 27" (2012-2015) Adhesive Strips following this guide iMac Intel 27" Retina 5K Display Display Replacement. You will need to pull the logic board forward (not fully removing it) to gain access to the header which is on the backside to plug in the SATA cable.

I don’t recommend using M.2 drives with the adapter in iMacs given the amount of work just getting to them. At least in a MacBook Pro its a lot easier to pull it when it fails (which it will) Stick with the original Apple blade SSD, yes its more expensive but you just bought an expensive system!

Think of it this way… You just bought a beautiful Bugatti would you take it to the local Jiffy Lube for an oil & filter change? I think not! They wouldn’t have the racing oil or the correct oil filter your car requires.

Please don’t mess up your system thinking you can do better. Get the best Blade SSD system you can get and then go with the external Thunderbolt3 RAID drives for the speed and the deeper storage. I’ve helped setup both audio engineers and video editors with Mac’s. This is what they go with and often times max out the RAM in your case your system can go upto 128 GB.

The Thunderbolt3 ports are very fast! Each port is about 3 times faster than the internal SATA port. so that's not the issue here. Are you thinking USB connections then that would be slow!

Fusion Drives configs are slower! And you gain nothing when setting up a Fusion Drive with two SSD's! In fact you slow your system down Vs leaving the drives independent.

Stick with the largest blade SSD you can go with and then if you really want deep data storage internally put in a large 3.5" SSHD drive as the cheapest solution. Then jump to a large SSD (in both we are using them independently not doing any fusion setups).

The setup of the drives them selves then becomes the bottleneck. So if you plugged in a single SATA HDD or SSD into the case then its no slower than what your internal SATA drive would be.

Now what if you use a faster case interface in the case, lets say a PCIe/NVMe with M.2 SSD's now just a single M.2 drive could be as fast as your internal Apple Blade SSD! But, now let’s add three more!! Now we are three to four times faster than what your internal blade SSD!!

OK, So now add in a second Thunderbolt3 RAID box and then stripe the data across both boxes you'll get close to eight times faster than your built in blade SSD!

As you can see a good RAID box even with just one drive is still better than using the internal SSD.

If money is tight get a single USB-C SSD drive. Get either one of these great drives! 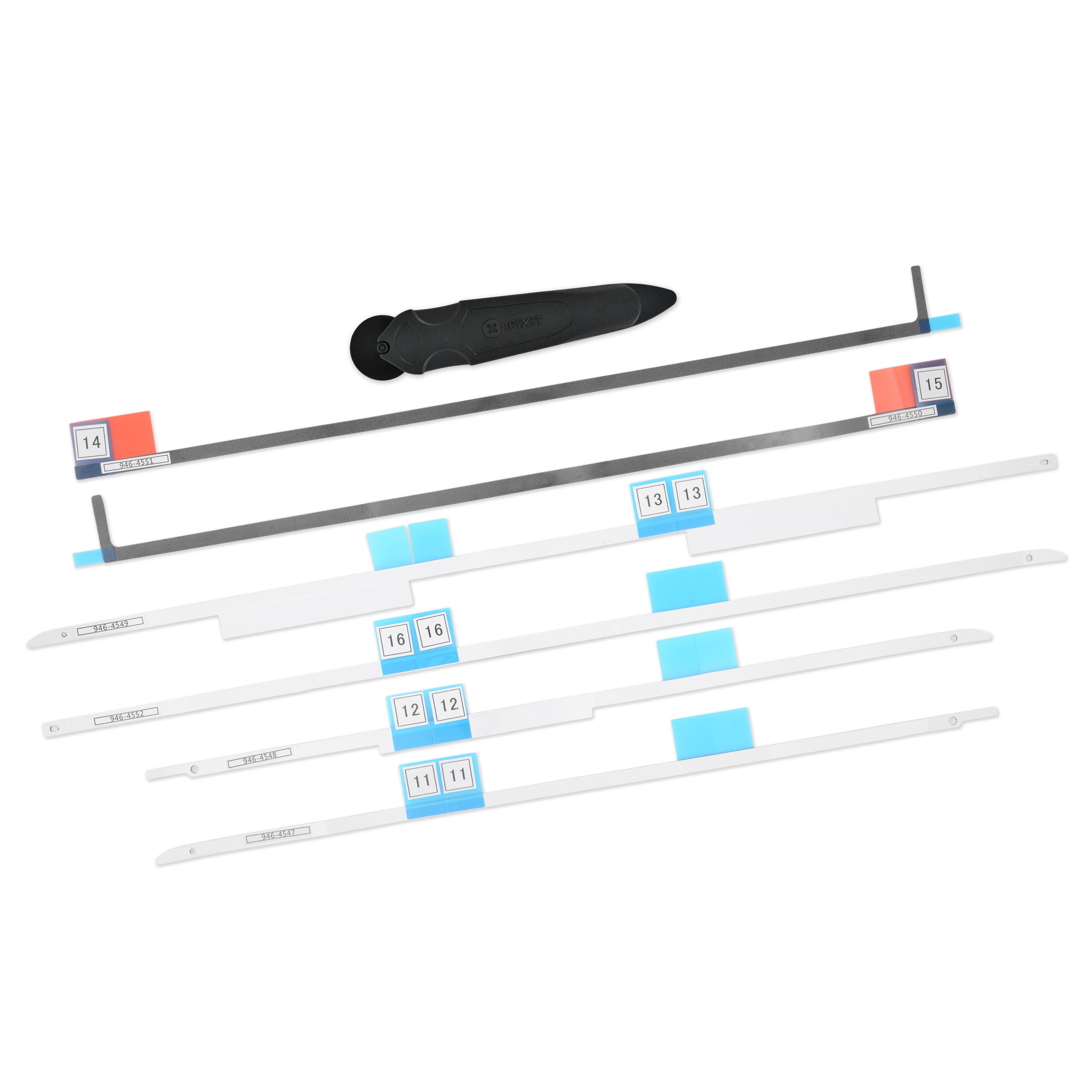 @danj thanks for the reply! your answers are extremely helpful.

I think i would prefer to go with the Apple SSD and use RAID, but my concern with external storage is that is seems to get no where near as quick of read and write speeds as internal SATA/NVMe (around 500 MB read and write as opposed to 2,500 MB). Am I looking in the wrong spot for these external drives? If so, could you point me to any external storage with comparable speeds? (RAID or not RAID).

By my logic, if we were to get into the iMac anyway, and we have to get to the logic board to add a SATA connection, we might as well replace the blade SSD (with the adapter obviously) while we are at it, correct? Once we’ve voided warranty, we might as well take the whole thing apart and get the best performance possible.

Still weighing out all the options, and deciding between the 512 SSD or 1 or 2 TB fusion configz with the upgrades, so i appreciate your help!!!

Buy the largest SSD config you can afford! Don't mess with the blade SSD with those fangled adapters and M.2 SSD! Big mistake!! And stay away from the Fusion Drive setups!!

IF you do want some deeper for storage just go with the HD upgrade with a Seagate 3.5" FireCuda SSHD on your own as the cheapest config. I recommend with at least a 512 GB Apple blade SSD, that would be the cheapest solution.

FYI: Click on the Blue URL Links for the specs sheet here and what I posted in my answer.

Frankly, I would just get the iMac with the internal SSD (again get as large as you can afford) and then for now just go with an external USB-C/Thunderbolt3 connected SSD either in a RAID box like OWC ThunderBlade or OWC Mercury Elite Pro Quad with your own SATA drives

@danj The more I look into external storage, the more of an issue I am having with I/O though. I need to plug in one/two external monitors and an audio interface through the two thunderbolt ports and single thunderbolt bus. If I go external, I'll have to spend another 200-300 dollars on a dock and then I might be getting close to the total bandwith.

Sounds like you're undersizing what you need. You need to jump to a iMac Pro! As you are doing audio work and need two-three monitors the iMac is not going to cut it - Sorry ;-{

Here's what you really need! iMac Pro! It offers what you need for performance and external I/O.

You say your main concern is cost and you were suggested to get a 2tb thunderbolt drive that costs $900. You can get an 8tb sata ssd for the under $800 right now. Do not let anyone tell you that no one can do it better than Apple because if you look at an Apple ssd, guess what it says on it: Samsung. These are all just x86 machines with software locks on them (aside from the T2) you just need to figure out what and where to patch for yourself; making a Mac do what you need it to do whether or not Apple “allows” it is not for the faint of heart and that’s why we come to iFixit, not for out of the box solutions.

keep hacking away and have fun.

No T2 chip in the standard iMac's.

Apple's blade SSD's are custom, granted made by Samsung hardware division under contract. They are still different from the standard M.2 PCIe/NVMe SSD's!

This system is so new we just don't know the internals yet and getting parts is still very early. I also don't like recommending opening a new system until the warranty period has expired so you don't loose needed repairs oder Apple's dime not yours. As far as SATA connections Thunderbolt3 is so much faster than SATA it really makes little sense opening a system from the get go. Which is why I strongly recommended external drives.