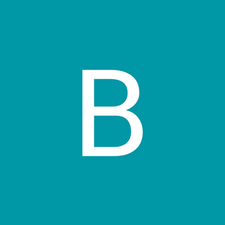 iMac shuts down randomly and suddenly

I have an sudden turn off issue with my iMac 24" Early 2009, like on a power outage. First, I cleaned the fans and replaced the thermal compound in order to exclude possible thermal issues. After that the temperatures decreased from 60 degrees Celsius to 35 degrees Celsius, which is a very good deal. Unfortunately, the device keeps random shutting down itself albeit the temperatures are lower than on any other device I have.

Strangely you can let it stay in idle the entire night or install an OS or perform a memory check and it will run stable without shut off but after starting anything on the web e.g. a Youtube Video or launch a web site the system will get off within 5 minutes.

I replaced the Delta power supply with a new one from LiteOn, but this hasn't solved my issue. I also have taken a look on the four LEDs on the right side of the logic board. When the sudden power off takes place, three of the four LEDs cease to light up. Only the first LED from left stays on every time. Also I can turn the iMac on again immediately after shut down at every time.

My closest assumption is that the graphics card might have an issue but I think that this kind of error would more likely lead to freezing screen or kernel panics instead of sudden power off.

I have the same Problem with the same 24" early 2009 iMac. Did you solve the Problem?

I think you had the right idea on this being a power issue. Its just not the power supply! I suspect the CPU’s VRM’s are failing on the main logic board.

@danj I don't think it's something related on the CPU. I had this idea before you but then I tried to stress it for multiple minutes and got no shutdowns. Yesterday the system ran stable for 6 hours without running anything which requires graphics acceleration. If you open anything that utilizes the GPU much like a YouTube video with 1080p, it goes off within 10 minutes. When I delete the graphics driver in Windows or start the Safe Mode on macOS, the shutdowns are completely gone. So, finally it must be a GPU issue although this shutdown behavior is very strange for a GPU error. I ordered a new GT 130M MXM graphics and will try it in the next days.

Well it would be a surprise if it was the MXM GPU. Let us know what you find out.

In installed the GT130M (from an Acer) yesterday and unfortunately it does not work.

The system boots up but the screen stays black and connected via VPN from another computer, I figured out that the GPU is not even recognized by macOS.

If I insert the original GPU again the iMac boots up normally. So I have to go for a genuine Apple MXM GPU.

Problem is, that these are hard to find and mostly expensive. Also I don't know which GPUs will work.

I don't want to go with the slow GT120 again and an Apple custom GT130 is not available.

And yes, the Apple boards have custom firmware chip which is why the Acer board didn't work. Look on the Web do see if someone offers the programed chip so you can replace it.

I decided now to go with a new logic board containing the 9400M chipset graphics for $50. These graphics are all slow in today's circumstances and it does not really matter for me if I have a GT130 or 9400M in my iMac... Additionally, I avoid the risk that the logic board could be faulty in the end after all the expenses for a new MXM graphics.