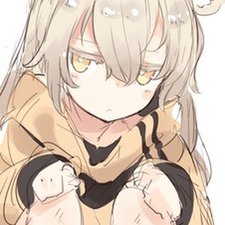 What's this Ext slot for?

I was just cleaning my older Nintendo consoles, and i’ve noticed an Ext. slot at the bottom of the Super NES and the N64.

What are these for? Do they serve any purpose? If so, why is the spot of these slots so poorly chosen?

the EXT port on the bottom of the N64 was only be used in Japan for the N64DD. It has apparently never seen any known purpose on the worldwide market. Here is an explanation of what is was used for “Plugging into the extension port on the underside of the console, it allows the Nintendo 64 to use proprietary 64 MB magnetic disks for expanded and rewritable data storage, a real-time clock for persistent game world design, and a standard font and audio library for further storage efficiency.  “ from here

The expansion port for the SNES was going to serve a purpose as a place to connect an add on called the Super NES or SNES CD-ROM add on. They actually made 200 prototypes called the Nintendo PlayStation, a combination of the SNES and PS1. The relationship between Nintendo and Sony had soon soured, so Nintendo went to partner with Philips, the creator of the CD-ROM format and the CD-i, a failed video game console. This didn't last too long, so 199 of the prototypes were scrapped. There is only one Nintendo PlayStation that exists in the world, which was sold at an auction for $300,000+ in February of 2020. There is however a Floppy Disk extension you can buy to run data on 3" floppies, but that goes inside the cartridge slot. Other than that, there is currently no purpose of that SNES expansion port. However, there is also a similar expansion port on the NES on the bottom that looks like a brick, and that also had plans for a modem, where you can play with people on your NES and on your Sega Genesis called the Teleplay Modem designed by Keith Rupp and Nolan Bushnell but other than that there wasn't a purpose to that either. The Nintendo 64 expansion port does serve a purpose for an add on called the 64DD that was only released in Japan. This could play special designed Floppy Disks, and the GameCube had the Gameboy Player that both went on the bottom. Unless you can find the blueprints for the and CD-ROM add on or buy a 64DD which costs $1000+ depending on condition and games, there are no other purposes. Plus, you need a Japanese Nintendo 64 plus games in order to run the 64DD because the 64DD was only released in Japan.

Oof, i totally forgot that I've asked this question lol. I knew a little later on what it was for, but I really appreciate your and oldturkey03's answers! Only thing I didn't know is that the prototype went for over 300 grands. Sucks to be a collector and broke oml

Yeah. Only thing is that I think the owner has it in Hong Kong or it's in a museum. I forgot.

Not only that, I am a collector and I have things like the Sega Power Strip and the Famicom Disk System. I got 20+ video game systems including the Magnavox Odyssey.