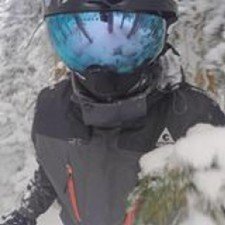 Will replacing my thermal paste impact my warranty?

I am comfortable and confident that I can do the procedure but I am concerned that it would impact my applecare. I’m wondering if there are any ways apple can easily see that I have disassembled my laptop such as any warranty void stickers inside the computer.

It doesn’t always help the temperature of the system as much as you think, but sometimes you need to do it because of the age of the original paste. High quality paste (Artic MX-4 in my case) didn’t fix the higher then comfortable temperatures on my computer entirely (partially because the MQ processors overload the cooler) - but I know it’s done on machines like that.

There’s no need to do it until the machine has older and the factory paste has dried out. Your rMBP isn’t at that point yet.

The newer thinner MacBook Pro's have a basic design flaw in it's cooling. While the processor & GPU chips have improved their thermal design, Apple thought it could make the cooling system smaller than what it had from before so the gains where then lost! The radiator and block mass needs to be almost twice its size to be really effective if you are running the system hard.

As a reference the i9 systems can't leverage turbo effectively as the chip runs too hot and has to throttle back. Basically, you bought a system that can barely leverage the CPU which is a waste! Its better to buy the cheaper i7 models.

@danj I'm sure it's not much better than the heatsink Dell used in my notebook. This part is used in the i7 Dual-core GPU quad-core (MQ) GPU systems. i5 IGP models use a cooler that doesn't accommodate the GPU that isn't present on the boards.

Now you have a better idea of why I want to replace the entire system. The bad cooling is the primary reason - the chipset nightmares on older systems with Win10 is yet another reason. The Dell cooler is probably just as flawed except the i9 didn't exist so they couldn't create even more cooling issues.

Apple is stuck on the 'Thin is In' mantra!

It's almost like we need the same backlash to the ultra thin Twiggy model to the 'Fit is In' with Amy Schumer.

The correctly sized cooling system for the given CPU & GPU is the baseline.

If you can't make it work properly or cook your lap then you need a bigger frame to support the needed cooling.

Yep. Dell made the 6440/6540's thick enough to properly cool the standard dual-core part, but they underestimated the cooling the MQ processor and GPU setup needs. The mistake probably lies with the TDP difference in the chips (37W for the i7 4610M OR 47W for the 4810MQ). The annoying part is Dell could have designed an MQ specific cooler (or even chassis and cooling) and this configuration would have been okay. Even with new TIM, the cooling is so bad it only helped a little at most. It still runs uncomfortably hot and has a degree of persistent throttling.

This is why I want to avoid having an internal optical drive when I can get a Ryzen 3000 laptop - I don't need to worry about another bad cooling design since the part that constrains these designs is gone. Plus I own an external and never use the internals much anyway.

thank you for this answer very helpful! I will wait, you make a great point about how new my computer is and odds are if I needed to use my warranty it would be in its first couple years of use.

It will not void your warranty, however, there are a few clauses in the warranty and repair TOS about “damage from unauthorized modifications” and them charging extra to fix it. They will be able to tell that your computer was opened, but I’m not sure if they will use that to claim any damage as caused by you. I would be cautious.

I consider myself pretty skilled with taking apart electronics in your opinion do you think I can get away with it as long as I'm just extremely careful?

I don't have any experience with apple care, so I'm not sure. You do have the opportunity to decline the repair with extra charges if they do try to put damage on you.

I think if you decline the extra charges they will not do the repair at all. That's been my experience, anyway

Apple uses a seal on the heat sink so they will know!

Why do you think you need to do this at this point?

What is your exact systems specs?

I have heard about how apples thermal paste is terrible for moving the heat away for extended periods, and I agree with it as my mac will be fast for a little when under an intense workload, but it slows down over time. I replaced my thermal paste when I had a 13" late 2015 MacBook pro, and it made a noticeable difference so I figured why not do it to my new one.

While I'm no lover of what Apple uses for paste, your system is too new to worry about it yet!

You won't see a difference at this point. In a year or two then do it! Even then you will only get a degree or two more at best.

@danj I usually recommend 3 years unless you notice temperature spikes in year 2. All OEM thermal paste is junk (it's bottom of the barrel at best), but that isn't a reason to wipe it away on day one.

@mrjessup44 On that note I'd recommend reading my comments on why this doesn't always make sense - even with Artic MX-4 it didn't do much other then give me peace of mind the dry paste is dealt with.

You guys are right thanks I will wait for when my thermal paste is no longer new!