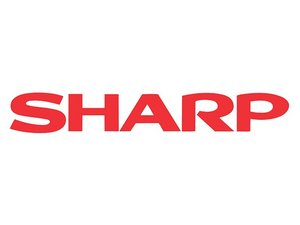 My son brought me his Sharp Aquos (Model LC-60LE644U) TV that wouldn't turn on (he said, previously, it would work for a couple of days and, then, wouldn't turn on again, for several days. Now, it doesn't turn on, at all). The red LED is lit. From his symptoms and checking other posts, I thought it was a bad Power Board, so I ordered a replacement. It didn't work... and it's doing exactly what it did with the previous Power Board: Doesn't turn on, at all... BUT, when I UNplug the cord, the panel's backlight flashes for a second. Those symptoms don't point to the T-Con or FRC boards, but lead me to believe it's the Main Board or the panel, itself. I could use a second opinion

THANK YOU for generously taking time to answer my question and guide me through the diagnosis. The schematics were invaluable.

As it turned out, I found two voltage issues on the Main Board... probably caused by loose soldered connections. Because the soldering points were so small and close together, I chose to replace the board.

That did the trick. The TV is now working and the picture looks like new.

have you checked with a flashlight to see if there is anything showing on the screen. Just to make sure that this is not a backlight issue. Since you already replaced the power board, the next prime suspect would be the main board. Check the voltages on your connectors and let us know what you find. I would start by checking the voltage of pin 1-3 on CN1. After that check BL_EN on CN3 and the voltages on CN4 etc. Here are some of the schematics and voltages that you could check 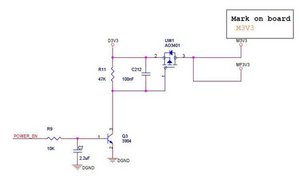 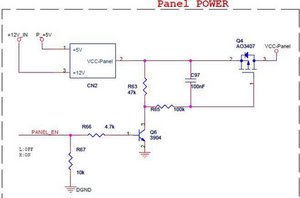 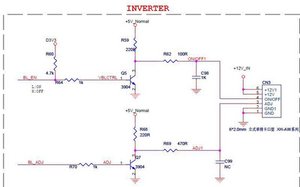 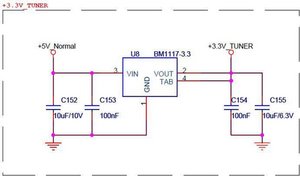 Hi mate some advice my TV wont turn on replaced the power bored stil nothin it dose show a picture from tcom dose that mean it's not a back light issue?