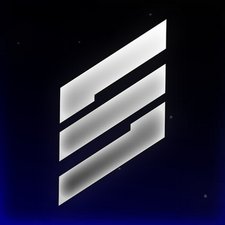 Hello, recently my friend gave me his old iPhone 5S to fix as it was old, but still worth salvaging. It needed a new screen and battery. Long story short, the battery went perfectly, but the screen is having issues. Everything works well on it. Touch ID, touch itself, front camera, ear speaker, etc. But, when the screen is installed/placed into the body of the phone, a slight yellow tint appears at the top. It is barely noticeable in the picture, but is clearer in person. I know it is not the screen because upon taking the screen out of the phones body, it disappears. I was told it was a pinch point within the screen caused by imperfect installment of the ear speaker, camera, etc., but even after uninstalling everything and reinstalling it multiple times, the issue still shows up. I keep watching YouTube videos and looking at tutorials on different websites on how to replace it and nothing I do seems to be wrong. Anyone know any errors I could be making? Or how to fix it? 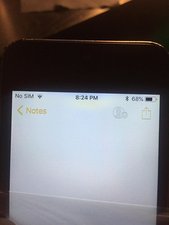 Thank you guys for the responses! There was a slight lift! The battery connector was not folded to fit in the gap between the logic board and battery, and was actually protruding upwards. I do not know how it created a yellow tint at the top of the phone, but it worked after folding it like the original battery…

I have "EXACTLY" the same issue! but my battery connector is fine :/

It’s a lift—-you have to find it. There is always a reason. If you do enough 5s screen changes you will find that you never get a lift, then when you do it jumps out at you immediately—-something is wrong! Usually it will be something pretty minor, a shard of glass, a bracket turned around upside down…the new battery having a label on it that makes it too thick where the old one didn’t….there is definitely a reason and you have to just figure it out.

I’d start by eliminating the variable of the new battery. Take it out and see if your lift goes away if you put the old battery back in with no adhesive.

Yellow mark indicates uneven pressure from behind screen pushing on that spot.

Try loosening the side screws a bit for the back metal plate on the screen and see if that helps.

Are the corners of the iPhone housing frame dented inwards in some way?

That can cause that issue too as it would mean the screen is not sitting flush with the frame.

Thank you for the reply! The screw loosening did nothing and the screen is flush with the phone. The corners were bent in, but using a homemade fix, I was able to bend them out and the screen goes in fine. I do not know what the issue is at this point.