Fails to Power On

My macbook air fell off the roof of my car. It was in a soft case and suffered some minor denting around the power connector. 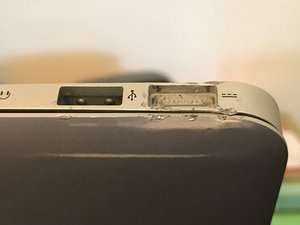 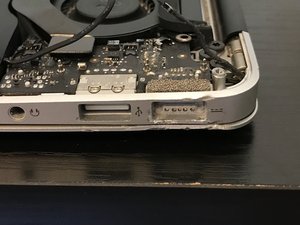 At that point it would still power on, but only with a cord connected, not on battery alone, and would not charge the battery. It also performed all tasks incredibly slowly. I managed to transfer everything I needed onto an external drive and left it as is. It's been a few years and I thought I'd look into fixing it if possible.

Currently does not power on. There's no green light on the power cable, no beeps or noise. I've disconnected and reconnected the i/o board, fan, logic board, battery, ssd, and airport/bluetooth.

I'm leaning towards replacing the i/o board as it seems to be the cheapest part to replace. But I'm curious if anyone has any tips or suggestions for ruling things out before I do. I don't have a multimeter handy but I could probably get my hands on one if some has a suggestion for something to check that requires one.

Here are a couple pictures of some spots I'm concerned about. 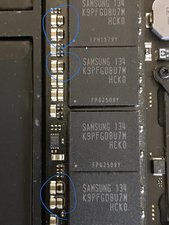 The first is on the SSD and don't think it would prevent the power issue, but I imagine storage problems could slow things down. 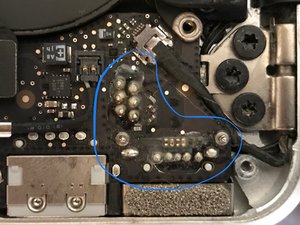 The second is just a section of the i/o board that for whatever reason stands out to me as very ugly/messy compared to the rest of both other boards. Not sure if this might be an indicator of some damage, or nothing.

Could you include pictures of damage?

This troubleshooting wiki might provide some guidance on how to go about finding the problem. It's the only one I could find for MacBook Airs, linked from the A1237 and A1304 models, but the causes, effects, and and repairs just might hold true. If nothing else, it's a place to start.

This story deals with a different issue, but it might give you some inspiration-power to get through the troubleshooting and repair process! :)