Can you use the series 1 1ST GEN screen to series 1 2ND GEN?

Would I be able to use a screen from STAINLESS STEEL 38MM (1ST GEN) to replace broken one from SERIES 1 38MM (2ND GEN)? 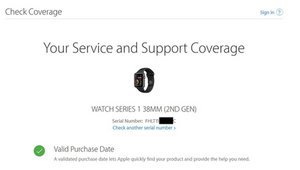 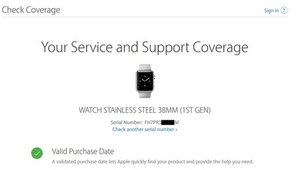 There is no such thing as a Series 1 Gen 2

Lets see if you can clarify following this list:

- Original - Most parts are unique to it

Dan I don't know much about apple watches but I know what I am getting back from Apple Check Coverage :

Ha! Apple can't even call it by its proper name! Your first watch you have is either a Series 1 or a Series 2 depending on how you look at it ;-} Glass have full or half empty?

Your second watch is the original Apple Watch.

My Watch program on the iPhone tells me I have a Series 2 It should tell you if you have a Series 1, Series 2 or have the original. I would look at that.

The series 1 screen is the same screen as the 1st gen. Screen.

Would the lcd replacements between series 1 and 2 be interchangable bar that sensor in the LCD? Trying to fix one and figured the since they're both 38mm it may be worth a shot but I wanted to seek more information before I went ahead and got the replacement

Unfortunately you can't transfer the LCD to the other series one, seems to not be compatible.

Apple watch series 1 and 2 pretty much use the same batteries.

Source: Searched for the batteries and LCDs on eBay.

The problem here is Apple confused us by intro'ing a second version of the Original watch and calling it Series 1! The very first watch has unique parts which are not interchangeable with the newer Series 1 and 2.

I don't own either the original or Series 1 watches, but it appears Apple defines them as Series 1 (Gen 1) the first watch what most call the Original. Vs Series 1 (Gen 2) which is a Series 2 but with the slower CPU in the S1 board.

Here's the IFIXIT teardown & guides for the different watches:

You'll also find some YouTube teardown and repairs on the IFIXIT channel. 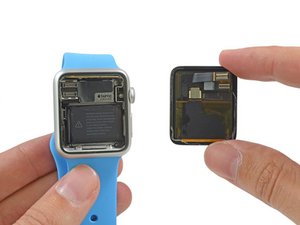 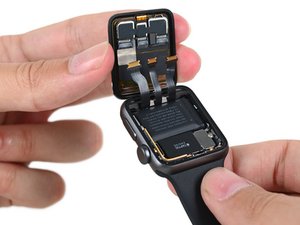 These parts are NOT interchangeable!!

The construction of the product doesn't conform to the model ID's

Use the same parts!

Series 3 Use some of the same parts as the Series 1&2. The case, S1 board & display assembly are different!

The Apple Watch Edition watches are unique as well as Apple produced them using the guts of the original, those solid gold & ceramic watches Apple gave to the Who's Who celebrities before the roll out of the very first watch and sold for $10K to $20K. And later sold the White ceramic version which used the series 2 guts.

Well, I guess the Series 1 Watch I had put a new screen in was mis-marked ;-} As it needed the Series 2 screen. I had thought that too! As I had gotten the Original watch screen which didn't connect.

I guess you'll just need to find out on your own.

The only thing I can think of is Apple created two versions of the Series 1 watches, the first using the Original watches guts and the second wave using the Series 2 guts but with a slower CPU in the S1 board.

The first generation apple watch (aka. Series 0) is the exact same thing as the Apple Watch Series 1 (which came out with the Series 2 (Second Generation) but with a small processor upgrade compared to the original Apple Watch).

Now Series 1 and Series 2 Screens are completely different and will not work with each other. And obviously a 38 mm screen won't work on a 42mm screen.

thats exactly what I thought, Thanks

I just found an article and looks like Series 0 and Series 1 displays and batteries are completely interchangeable.

Dan check this (all information from ifixit) 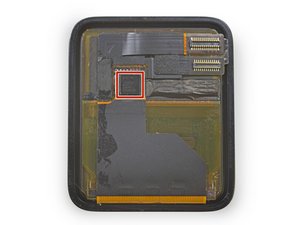 The Apple Watch Series 1 is a revamp of the original Apple Watch, announced September 7, 2016. Most of the parts are the same as the Series 2

"When we tore open the Series 2, we found a totally redesigned, streamlined, repair-friendly interior."

"To find out for sure, we warmed our iOpener and unsheathed our opening knife. With the display open, the verdict is … it’s a Series 0 in there."

"The construction in the new Series 1 exactly matches what we saw in our teardown of the original Apple Watch, right down to that annoying display cable bracket. That’s the exact same 0.78 Wh (205 mAh at 3.8 V) battery, right down to the Apple part number. Just to be sure, we checked compatibility with our original Apple Watch parts stock, and found that Series 0 and Series 1 displays and batteries are completely interchangeable." 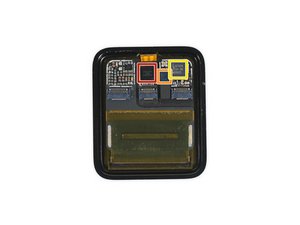 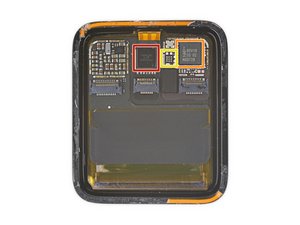 Sadly Andrew is mistaken! I'll speak to him about making the needed corrections to his article.

The Original watch used a different connector system than the Series 1&2 as well as the newest Series 3. While the parts are similar the parts are not interchangeable! Square peg round hole problem ;-}

thanks for replying Dan but now I'm confused even more. So far there's 4 series of the watch.

Apple Watch Series 3 which does not matter in this case :D

I have a look on Amazon and looks like Andrew is right.

According to the manufacturer:

The only thing I can think of is Apple created two versions of the Series 1 watches, the first using the Original watches guts and a second wave using the Series 2 guts but with a slower CPU in the S1 board.

I struggled with this problem about a year ago fixing someones Series 1 watch which in their case required a Series 2 display. So you've got me wondering... So far I've fixed about 5 Series 2's and only one Series 1. All the rest a good half dozen where the Original watch.