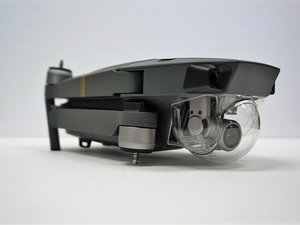 The Mavic Pro is a foldable, compact drone with 4K video capabilities, first released in November 2016. The model number is M1P and its controller model is GL200A. 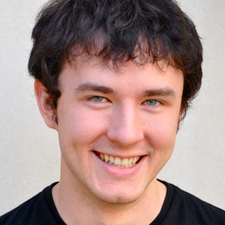 I had a small crash that bent up a small plastic support piece for the left rear arm.

The drone still flies, but that rotor isn't flying parallel to the ground anymore (even with some duct tape support): https://goo.gl/photos/xxZGB68M9ZvfhDt16

I found Where to buy replacement parts, but I can't tell if this part is part of the middle frame, upper shell, or bottom shell since it doesn't look like it's connected to the top or bottom shell.

Alright, I figured it out. That piece is called the saddle, and it's connected to the arm.

I can't find anywhere to buy just the saddle, but by searching "dji mavic pro left rear arm" on ebay I found an entire arm with an intact saddle for $30 with shipping.

It looks like you can also buy them from Cloud City Drones, but they're out of stock at the time of writing.

Will update when it comes in!

2017-07-18 edit: it came in! Confirmed that that piece is part of the arm. Replacement was pretty straightforward - just a bunch of screws and minimal soldering. Some parts of prying the case apart were tricky, but nothing harder than an iPhone screen repair.

2017-06-12 Update: those two side plastic parts that come with the middle frame aren't the same pieces. I'm still trying to track them down.

Figured it out as I was typing out the question.

These side plastic parts are part of the middle frame, which you can buy on ebay by searching "dji mavic pro middle frame". I found a middle frame with two side supports for $15.

I imagine it would be easy to 3D print this part - it's just a flat piece of plastic with a hole in the middle.