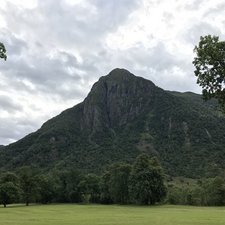 I bought myself a water damaged iPhone SE that i wanted to fix. The iPhone had two vertical white lines on the display, so the iPhone turned on, but screen just showed lines.

So i began working on this. I first checked the screen of the iPhone SE because I wanted to know if the screens LCD or whatever was broken or if the problem was inside the logic board. I checked the screen by placing it on another iPhone, an iPhone 5S. I checked it and everything worked perfectly. Touch capability was good and everything worked like any other brand new iPhone. There were no lines of any kind. The only thing that I noticed was that that the screen had som watermarks on the top and other places. But this didn't effect anything else. So then i started working on the logic board by socking it in 99% Isopropanol Alcohol to get corrosion and used a toothbrush to brush over the components.

I then let it sit and dry completely before i placed it into the iPhone SE before I powered it on. Things saw quite the same as before, but when i pressed the sleep/wake button on /off/on etc. the screen displayed different "set ups" of white lines and also once in a while the welcome screen for setting up the device (but this showed also different types of lines vertical and horizontally similar to the photo beneath)

But then i thought a logic board has these EMI shields over several components. So i removed the EMI shielding with a hot gun and then once more soaked the logic board in Isopropanol Alcohol 99%. After that a reinstalled the logic board in the phone and powered it on. Now the classic white lines are gone and the screen shows the welcome screen. However, there are still lines both vertical and horizontal on the screen and touch capability dosn't work.

I know that the screen works perfectly, though a few watermarks, because i checked it with an other iPhone, but why dosn't the screen work on the iPhone SE? Why are there lines horizontal and vertical and no working touch?

Another thing i noticed with the iPhone is that the battery drains very quickly. One day I had charged it up to 80% and put it in a drawer. The next day the phone was dead. Can the battery be damaged due to water damage?

Thank you in advance:) 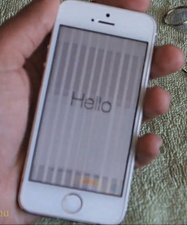 I have the same problem and did everything you did, except the isopropyl alcohol, but my screen works again for about a minute if I lesve it lying there for a couple of minutes. Have you fixed your problem

That’s the risk with water damaged devices. Some work perfectly, some work partially and some never turn on again. From a DIY perspective, you have done pretty much all you can do. Even experienced micro-solderers don’t put too much effort into water damaged devices because you can chase your tail for days on end without a satisfying result.

At this point, you probably have corrosion underneath the LCD driver and Touch IC’s and probably other IC’s as well.

If you’ve ever seen my typical answer to water damaged device questions, my last bullet point is always : “‘‘Re-assemble and hope for the best’’”.