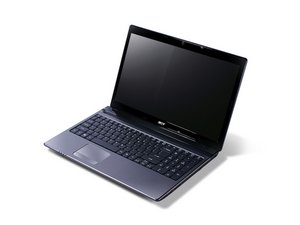 Repair guides and troubleshooting for the Acer Aspire 5750. This is a 2012 Aspire budget laptop aimed at the casual household user or for small business use.

Can I work smoothly and comfortably without any resultant slow speed,or any other inconvenience?

I don't see why not. If you are asking if you can use it as the system drive, I don't think that will work, but just for extra storage it should work seamlessly. Plug it in and give it a try.

Firstly ‘Ravi’ or anyone that has the 5750Z, 5750 and the 5750G laptops today in 2018 lol as I would strongly suggest that they increase the RAM on especially the 5750Z with its 2GB standard RAM to 8Gb as 2Gb is really low and useless amount of RAM! The 5750Z as do the 5750 and 5750G support a max of 8GB RAM (to as far up as 1600MHz of DDR3 SDRAM-204 pins) as then these laptops will work much better and they would have no problems with not “work smoothly and comfortably without any resultant slow speeds”.

Also, another option with the “WD Passport Ultra 2 TB” external HDD and the 5750Z or the 5750, 5750G as its a 2.5 inch HDD, is that you can mount it as an internal 2nd HDD. You can purchase a caddy and place it into the 5750Z or the 5750, 5750G laptop DVD slot and have it as a permanent attached HDD, which makes the laptop have greater capacity for your media and games etc.

Hope this helps everyone and anyone, as I’ve done these modification many times and they work very well on these older laptops as it makes them into really cheap and very powerful and useful tools to run and keep up with Win-10 v1809 and beyond.