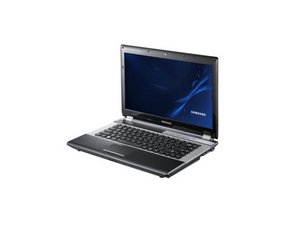 A laptop computer by Samsung, identifiable by the model number NP-RF411, released in 2011.

Were is thea hard drive

Were is hard drive???

And how do I make it bootable

The hard drive is physically located in a compartment on the bottom of your laptop.

It should already be bootable (this is essential for the computer to work). If you get an error message that says "no bootable hard drive" or something like that, do the following: