The Samsung Galaxy Note II is a smartphone noted for its combination of a large display and software optimized for an integral self-storing stylus. 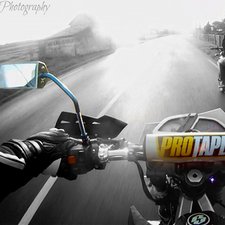 Hey everyone, i have a Samsung Galaxy Note 2 GT N7105 and i had the usual start up screen with the samsung logo, then the phone didn't turn on—it stayed on the logo

so i tried starting it up in the recovery and the other modes but nothing works, it's just dead... i have tried to charge the battery manually for a bit by cutting a cable and holding the positive and negative cable (nude) by hand and putting the battery back in and it didn't work. i have tried various cables/docking part, tried on the pc by usb different plug with and without the SIM and memory cards booting it up and nothing is working.

please help, thanks a lot in advance, i have no more ideas and the internet doesn't either.

1. Has the phone been dropped, or exposed to water

2. These cables you hooked up to the battery, what were they connected to?

3. Have you tried alternate chargers and batteries? And is your charger genuine samsung. As alot of newer samsung phones are extremely picky and wo t charge from generic ones consistently

Ok,if your using your phone while charging(just like me).Well stop,the more you use it while charging,it may cause the Battery to be damaged.While plugging the charger to the Phone it works but may cause to shutdown because the charger and the phone is sensetive.The best thing to do is buy a Replacement battery.