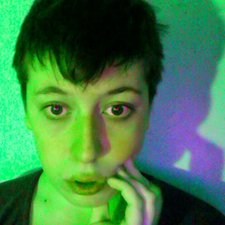 I recently replaced the lcd screen on my moto x2, and when i first powered it on, it showed only colorful/white static, but then booted up normally. I realized (after reattaching the back-plate, of course) that if i left in inactive for around an hour or more, it took a few minutes for the screen to respond, but the touch mechanism would work fine, just not be visible. after a few minutes, it would function normally, until I left it alone again. Today I reopened the phone an disconnected and reconnected the screen from the motherboard, and when I started the phone, the static stayed this time.

some forums for other phones said that people who got white static would just replace the flex cable? I have to admit I'm not sure what the flex cable does, and I'm hesitant to buy a new one if the screen is the problem. again the actual phone/os seems to be fine. I can even put in my patter to login.

I'm still waiting on the company I bought the screen from to respond about a return.

any answers/people who experienced something similar would be great

Try cleaning the connectors with a micro fiber cloth and alcohol. You might have gotten oil in them.

The screen is usually the issue however.