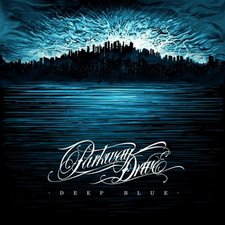 So here's my dilemma. I have a 2nd Gen iPod touch, jailbroken on 4.0 (it's absolutely terrible). And at LEAST twice a week I get this problematic "White screen of death", if you will. The screen goes completely blank white. When I press the home button, white. Power button = white. Nothing shows up. This can usually be resolved, however, but performing a hard restart (holding down power and home for 10 or so seconds). I turn it back on, wait #*^% near 10 minutes and everything is fine again....

I have the white screen going on again and I attempt to hard restart, and it won't let me. It doesn't do anything but flash the white screen. My battery level was already low so I just decided to let the battery drain. Fast foward a couple of hours and the battery is "Dead". Now though, when I try and turn it on from the power button, only a grey screen shows up. Doesn't even respond when I press the home button, just the power button. I've tried hard restarting it still, and it does nothing but flash a grey screen. I plug it in to iTunes and everything shows up just fine (in iTunes). (I can sync, move apps, blah blah blah) but it is still stuck on a grey screen. Is there any way around this? Any remidies? Sorry for the novel post but I wanted to give as many details as possible.

I restored my iPod touch at work just to get rid of the screen, and it is still white. Nothing will show up still. So I am realllllly f*cked.

I drained my battery till nothing can turn on at all, and when I plug it in, only the grey screen shows up. All is lost so it seems... any help?

give it to a coworker to try and unbrick it lol

Boy, are you going to love this. This is not a white screen issue, it's the sensor. If you look carefully on the black rim part above the screen, you'll see a small gray dot. That is the sensor. At most times, you might find white or gray screens after taking it out of your pocket. The truth is there is too much pressure that the sensor somewhat cracks into those color glitches like when you press on a calculator screen. The trick is to gently and firmly press down on the top center of the screen side(front) of your iTouch.