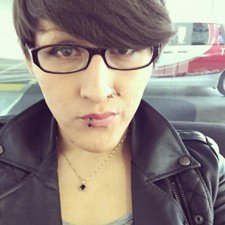 Why does placing bottom screws stop home button from working?

Did a full screen replacement, after the previous owner tried to do it and didn't use a guide or didn't follow instructions to keep most of the parts. Had to also replace the home button because they ripped the original cable. Was able to get the phone fully functioning with all pieces from ifixit, including the two bottom screws, but now when I place the screws in to lock down the screen, the home button goes unresponsive and none of the clicks will register. Does anyone know why this happens? The home button will remain responsive without the screws installed.

Fyi most of the shielding that is installed in the phone to keep the cables protected is missing and so are the screws. The home button does not have any of the protection plates that were originally installed with the phone.

You can try putting the screws back in, and see if it works. If the home button still doesn't work then there's a problem.

You said most of the screws were missing, if you haven't replaced them Ifixit sells the entire set of screws for the iPhones or try Amazon. If screws are missing, that's a good way to have connection problems & more