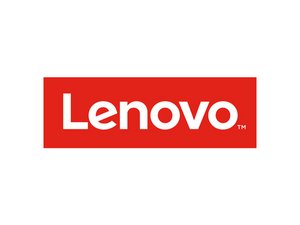 My laptop Wont startup...after the windows screen it automatically goes to a blackscreen and wants me to try running windows in safe mode or last or last known configuration. I tried all of the options and it brings me to a blue screen saying my computer might be damaged or wasn't properly shutdown and then automatically tries to startup again but fails. Please help me to figure out how to troubleshoot this issue.

If you have access to a Windows installation disk, perhaps you can try starting your system from that. See Microsoft's page on starting Windows 7 from an install disk. If it boots from an install disk, I would think your problem is software related—perhaps your Windows installation is damaged? It appears that the Microsoft page I linked above gives some tips on fixing those sorts of issues—see the second section on recovering Windows from a serious error.

My laptop won't go through windows menu..like it gives me two options whether to start windows normally or fix something I forgot but after clicking both options and trying so many times it always appear with a blue screen n then start all over again.. any ideas on what I should? Brand of the laptop is lenovo X201

That blue screen seems to happen, for you, at a critical time during boot up. At that particular time, hard drives and ram are a very crucial part; they are being read and are being used extensively to load programs and creating a page-file. I suspect why you are getting blue screen that you are running into a bad sector on your hard drive, while booting, or, that you have some bad ram in your computer.

A possible solution would be to use a new hard drive with nothing but basic DOS format on it, or even installing a new windows version ON that new hard drive. I can pretty much be sure that you will no longer get that blue screen when you boot up.

Another method id to remove all ram except one, and try booting it up with just one chip. IF you still get the blue screen, then turn the computer off, and replace that one leftover chip with the next one, and try booting up that way, if you do not get the blue-screen, then you can be sure you had a bad ram chip in it, and once you replace that bad chip, your problems will be over.